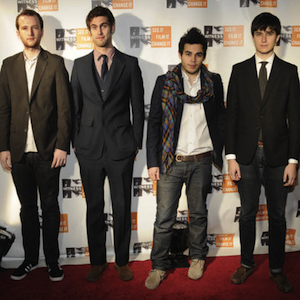 How's this to start your November? The boys of Vampire Weekend appeared on Jimmy Kimmel Live for the halloween episode. Complete with makeup to celebrate, the band introduced a previously-untitled track now called "Unbelievers." The song appears to be a nod to the Monkees' "I'm A Believer." They also performed "Oxford Comma" off their debut self-titled album from 2008.

Watch video of both performances below: