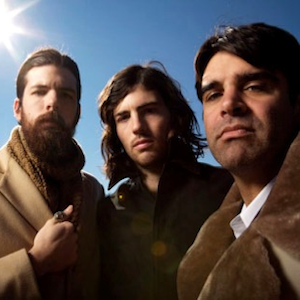 Jimmy Kimmel had planned to host his show this entire week from Brooklyn, but superstorm Sandy had other plans, forcing the late night host to adapt. His musical guest Thursday night were The Avett Brothers, whose album The Carpenter recently released. Although the band had been scheduled to promote their latest release, Kimmel explained that he asked them to perform a song of their 2010 LP, "I and Love and You."

Backed by the Brooklyn Philharmonic Orchestra, the Brothers gave an emotional tribute to the host city as New York and surrounding areas slowly recover from the storm. As the band sang, "Brooklyn, Brooklyn, take me in," the audience cheered.