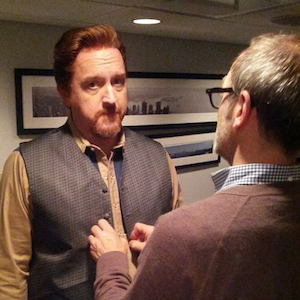 On the first weekend after superstorm Sandy struck the East Coast, Louis C.K. welcomed New Yorkers back to Studio 8H for Saturday Night Live with musical guest fun. Even before the storm on Monday, fans of both acts had been eagerly awaiting their appearance on the NBC comedy show. But following a week of frustrations and disappointments, SNL head writer Seth Meyers confirmed on Monday that the show would go on as planned.

Louis C.K., known for his brash and irreverent humor, was especially touched to be hosting the show's first episode after Sandy. In an open letter posted just hours before he took the stage, he talked very candidly about what it meant to him and how much he was personally affected by the tragedy and its victims. 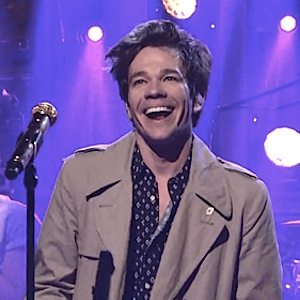 While it was the Saturday before the U.S. election, SNL treaded lightly with its political coverage -- a change of course from previous years (i.e. Sarah Palin hysteria in 2008). The cold open, however, did manage to bring together New York Mayor Michael Bloomberg and his enthusiastic sign-language interpreter Lydia Callis with New Jersey Governor Chris Christie's own press conference full of praise for President Obama. It was probably one of the best politically-leaning openers this election season.

Of course, the Fox and Friends parody sketch (a new viewer favorite) also managed to play up Sandy's wrath with politics in hilarious fashion, as the co-hosts struggled with the overwhelming aftermath. Vanessa Bayer's Gretchen Carlson opens their lead story exclaiming: "We're now hearing that Obama knew about this storm days in advance!" Probably in response to request by fans from previous editions of the recurring sketch, NBC made available the full list of "corrections" that run at the end of the sketch, all of which can be seen here.

Watch some highlights below, including fun.'s performance of "Some Nights" and "Carry On," both incredible offerings. And we know "swag" is so cliché, but Nate Ruess--dude definitely has it. (P.S. Is anyone else growing more impressed with newcomer Kate McKinnon? Seen below in the "Last Call" sketch.)