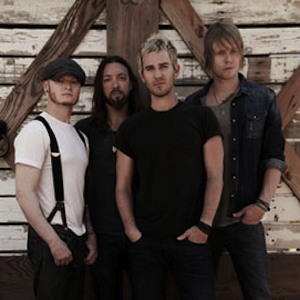 Lifehouse frontman Jason Wade has previously said that the band wants to "shake things up" with their upcoming album, feeling the need "to evolve and to change." With the debut of their new music video for the track "Between the Raindrops," feat. Natasha Bedingfield, the band doesn't exactly do much creatively to shake anything up, playing it rather safe with an obvious -- albeit beautiful -- set of visuals for the song title. Incredibly shot video nonetheless.

The song itself, which was released earlier this fall, is definitely a Lifehouse song, but it's great to be hearing new music from this outfit. As for the evolution of the band, we'll have to wait until Dec. 11, when Almeria officially releases via Geffen/Interscope.