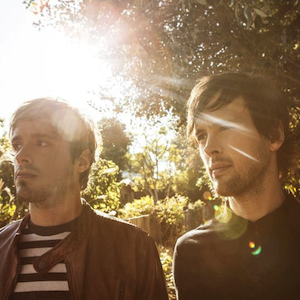 Atlas Genius have premiered the official video for their hit single "Trojans." The video was directed by Claire Marie Vogel and produced by Dave Szamet, and it follows the release of a remix by Goldroom for their song "Back Seat." That track is available for sharing on the band's Soundcloud.

The band wraps up their tour with Silversun Pickups at the end of the month and will be headlining at The Troubadour in L.A. on Dec. 11. Their EP Through The Glass is currently available via Warner Bros. They are putting the finishing touches on their debut album, which is set for an early 2013 release.

Watch the video for "Trojans" below: