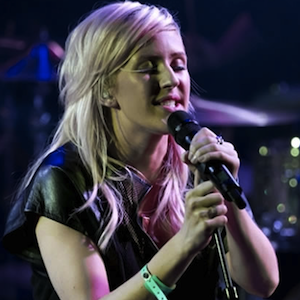 While the video for "Figure 8" was in the works for some time, given Ellie Goulding's recent breakup with EDM star Skrillex, it's interesting to see the young British singer struggling with the loss of a recent lover in the new visuals. In the clip, she copes with the split by holding on to her former beau's belongings, laying in bed all day and recalling memories of the relationship.

The track is off Goulding's new album Halcyon, which released last month via Polydor/Interscope.