WATCH: She & Him Debut 'Baby, It's Cold Outside' Video 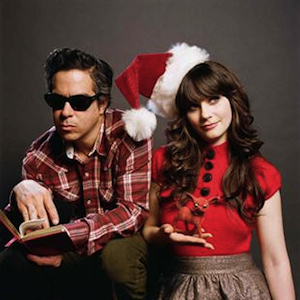 While Zooey Deschanel was in the news for other reasons on Tuesday, her musical duo with M. Ward She & Him premiered a sweet little animated video for their holiday song “Baby, It’s Cold Outside,” one of the 12 songs featured on their Christmas album, A Very She & Him Christmas (Merge Records). Directed by Elliot Dear, the video plays off the back-and-forth vocals of the song, which is destined to be a new holiday favorite.

She & Him also has a new iOS app as well, which comes with a free song and allows users to listen to the album in its entirety.

Watch the video for "Baby, It's Cold Outside" below: