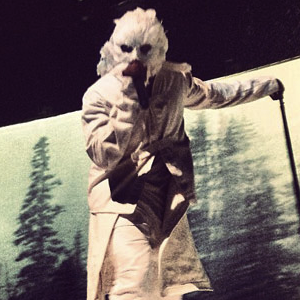 As 2012 comes to a close, Kanye West just had to get everyone talking again. He kicked off a three-night stint Friday in Atlantic City, taking the stage at Revel Resort's Ovation Hall for part of his "7 Screen Experience."

The 75-minute set opened with Foreigner's "Cold As Ice" blaring as West made his grand entrance and the track transitioned to "Cold." Over the course of the evening, he performed many favorites such as "Clique," "Mercy," "Power," "Runaway," "Heartless," "Gold Digger" and "All of the Lights." Of course his costumes and diamond-encrusted masks also had everyone talking.