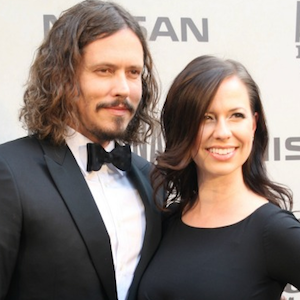 Although they've been flying very much under the radar in recent weeks, The Civil Wars have unveiled their newest music video—the result of a fan contest—for the track "20 Years" off their debut album Barton Hollow. The video, which tells an emotional story of love and loss, was directed by John du Toit and Chris Allen. It's not new music, but it's definitely a reminder to fans of why they fell in love with the pair, and why they hope new material does soon surface.

Exactly two months ago, the duo canceled their tour mid-cycle citing "internal discord and irreconcilable differences of ambition." Joy Williams and John Paul White have not appeared together publicly since November, although Williams recently revealed that she hopes they will soon have new music released. Her husband (and the band's manager) Nate Yetton recently shared a photo from the studio where it appeared he and others were reviewing tracks for the aforementioned project.

The Civil Wars are nominated with Taylor Swift for a pair of Grammys and a Golden Globe, all for their Hunger Games track "Safe and Sound"

Watch the "20 Years" video below via CMT: