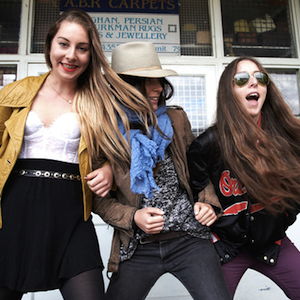 The Haim sisters stopped by Maida Vale studios this week for BBC Radio 1, as part of their Sound of 2013 achievement. Adding to the celebration, the trio introduced a song called "Falling." The video, which can be seen below, sees all three sisters showcasing their multiple musical talents, including playing more than one instrument throughout. The newly unveiled track is expected to be on Haim's forthcoming debut album, set to release later this year.

Haim recently wrapped up a string of dates opening for Florence and the Machine. The video for their latest single, "Don't Save Me," can be seen here.