WATCH: 'Community' Does 'The Hunger Games' 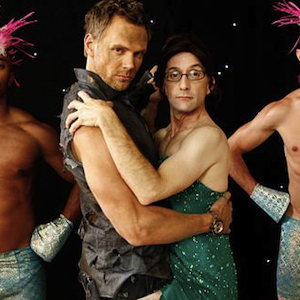 With less than a month until Community's season four premiere, fans have another first look in the form of a short clip. In this two-minute preview, Greendale's registration system is hacked and the students will have to vie for highly coveted slots in a class titled "History of Ice Cream"—Hunger Games style of course.

The show has been known to parody pop culture, and this clip is likely a subtle reminder to viewers that the NBC comedy will also retain its quirky sense of humor when it returns on Feb. 7; this will be the first season since creator Dan Harmon's departure.

Watch the clip below: