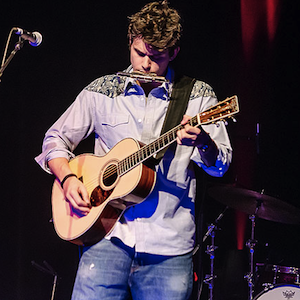 Performing "If I Ever Get Around to Living" off his latest album, Born and Raised, and later joining the Zac Brown Band and others onstage for a jam on the Band's "Up on Cripple Creek," the singer revealed that although the granulomas have healed, he required Botox injections as part of the recovery. The injections typically take 6-9 months to wear off, and they've left Mayer unable to sing high notes in the meantime. "It lets up very slowly," he said. "Every couple of weeks, there’s another note."