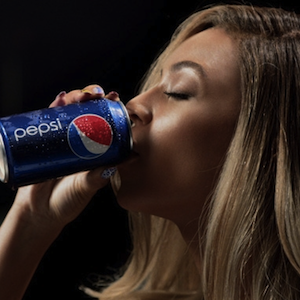 With Beyoncé's wedding anniversary to Jay-Z being Thursday, fans knew to expect something from the singer. And she semi-delivered. The R&B star, who has previously used significant dates such as her anniversary to launch new music or make announcements, revealed a new Pepsi ad which features a new song titled "Grown Woman."

In the one-minute clip titled "Mirrors," Bey confronts reflections of her old self, imitating signature moves/looks from her 10-year solo career. This year also marks 10 years since Beyoncé began working with Pepsi.

"Grown Woman," which is undoubtedly produced by Timbaland, will release on April 8. It will be the first official single off her forthcoming album.