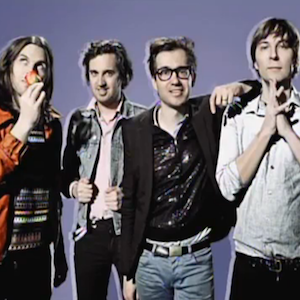 Phoenix last night made their highly anticipated return to Saturday Night Live in support of their forthcoming album, Bankrupt!. The French rockers performed lead single "Entertainment" and "Trying to Be Cool/Drakkar Noir" on the episode, which was hosted by Melissa McCarthy.

The band, of course, will headline Coachella starting next weekend. In their new cover story, they hint at plans for surprises during their set(s) at the multi-weekend festival. Bankrupt! arrives in the U.S. on April 23.

Replay their SNL performances below. Read their cover story here.