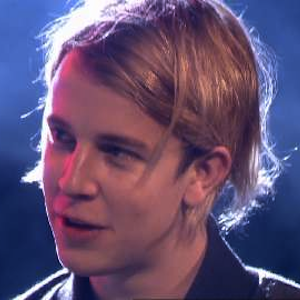 Tom Odell on Wednesday night made his U.S. television debut, performing his soulful single, "Another Love," on The Late Show with David Letterman. The singer's EP, Songs of Another Love, is currently available in anticipation of his forthcoming full-length debut album, Long Way Down, which arrives June 24 via Columbia.

Odell is making his way to the United States after winning the BRIT Critics' Choice Award and being nominated for BBC's Sound of 2013. We caught Odell during one of his first U.S. shows at SXSW in March, and he gave an absolutely breathtaking performance. Keep an eye on him.