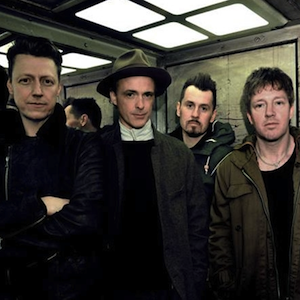 As we previously reported, British pop-rockers Travis announced plans last week to finally release a new album. The band had been teasing forthcoming new music, as well as a new video and tour, but they had previously offered few details. Now we know the album will be called Where You Stand, as confirmed by the foursome. This week, the band has also premiered the video for the title track off that new set.

Known for hits such as "Why Does It Always Rain On Me" and "Sing," the band's comeback album will debut on Aug. 19. Frontman Fran Healy also claims the band will embark on an international tour following the release of the album, which is their first since 2008's Ode to J. Smith.

Watch the video for "Where You Stand" below: