WATCH: John Legend Debuts Sexy 'Who Do We Think We Are' Video, Featuring Rick Ross 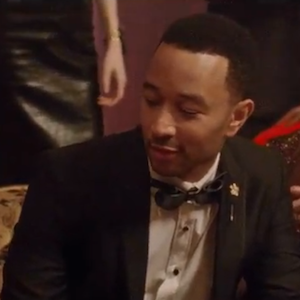 John Legend on Monday premiered the lustrous new set of visuals for his Great Gatsby-inspired track, "Who Do We Think We Are," featuring Rick Ross. The sexy new clip, full of beautiful, scantily clad women, showcases a dapper Legend as he hosts an extravagant party in a swagged-out mansion.

The G.O.O.D. Music vocalist’s forthcoming album, Love in the Future, co-produced by Kanye West and Dave Tozer, arrives on June 25.

Watch the explicit version of the video below. You can find the clean version elsewhere if you prefer that.