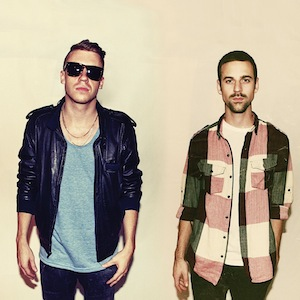 Seattle-born rapper Macklemore (aka Ben Haggerty) is following up on the success of "Thrift Shop," setting out to prove—we don't need convincing!—that he's here to stay, with the new clip for "Can't Hold Us."

"Can't Hold Us" was originally released in 2011, but it was rereleased alongside the 2012 album The Heist, and it has obviously been a much bigger success the second time around, having been included in multiple ad campaigns. Macklemore and producer partner Ryan Lewis also performed the cut this past weekend at the MTV Movie Awards.

In the new clip, Macklemore rides a dog sled through the mountains, hangs out with a camel and pays tribute to his city—Seattle. Ray Dalton, who lends his vocals to the track, also appears in the visuals.

Watch the official video below: