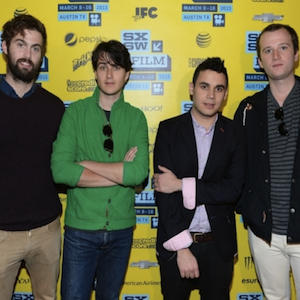 Vampire Weekend on Saturday premiered two new songs during their closing performance at SXSW. The band performed the previously revealed "Unbelievers," as well as the cleverly-titled "Diane Young" and "Ya Hey." The two new cuts come off their highly anticipated forthcoming album, Modern Vampires of the City, which is due out May 7.

Frontman Ezra Koenig also hinted that the new songs may be officially unveiled this week.

Watch fan video of the performances below via Stairwell Baby.