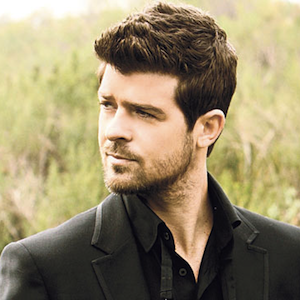 After a period of silence, Robin Thicke on Wednesday returned with a new video for his latest single, "Blurred Lines," which is expected to be included on his forthcoming album, due out later this year. The visuals, directed by Diane Martel, feature song contributors T.I. and Pharrell.

Watch Thicke and Co. get rather playful with a handful of beautiful women in the video below, while showing off those velvety-smooth vocals fans know him for.