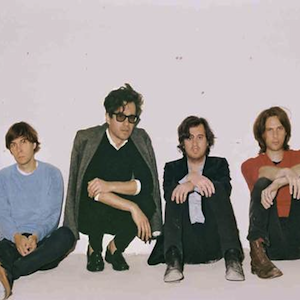 Phoenix on Friday night performed their first live show in two years at Vancouver's Queen Elizabeth Theatre. They performed each new track off their forthcoming album, Bankrupt!, three of which were captured by fan video below. These include “Bourgeois,” “Drakkar Noir” and “Chloroform.”