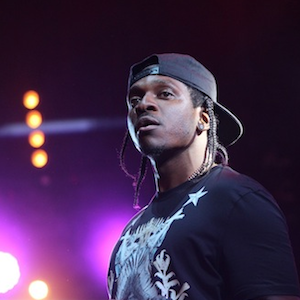 Following the release of last month's "Numbers on the Boards" single, Pusha T on Thursday released the corresponding video. The track, which is co-produced by Kanye West, enlists the producer for a slightly more visible role in the new visuals. The video was coincidentally filmed in Paris, where West just happened to be recording his new solo album.

Apparently, the timing worked out for both artists, as West makes a cameo. Perhaps even more collabs between the G.O.O.D. Music pair are on the horizon? One can only hope.

"Numbers" is expected to appear on Pusha's forthcoming record, My Name Is My Name, which, as we previously reported, arrives on July 16.

Watch the "Numbers" video below: