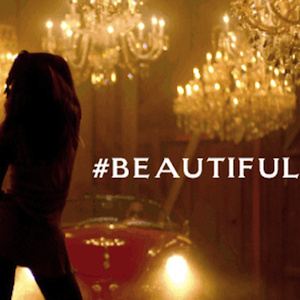 Following Monday's release of their song, "#Beautiful" (yes, with the hashtag), Mariah Carey and Miguel on Thursday premiered the corresponding visuals for the new track. Technically it's a Carey song, with Miguel "featured," but once listen and it's much more a duo than a song driven primarily by the R&B-pop diva.

While the song is certainly a hit, the video is pretty vanilla. Sure, Ms. Carey sizzles. The track is expected to appear on her next album. The singer has also confirmed that her twins, Monroe and Moroccan, will appear on the album, along with the top 3 American Idol contestants, Candice Glover, Kree Harrison and Angie Miller.