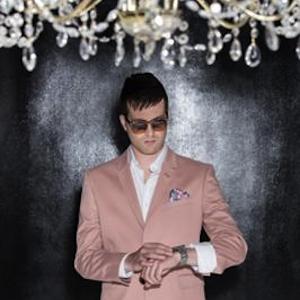 Mayer Hawthorne on Monday announced the release of his long-awaited third album, Where Does This Door Go, which will release July 16 via Republic Records. The album will feature production by Pharrell Williams, Greg Wells, Jack Splash and Oak (of Oak & Pop). The first official single off the set, Oak-produced “Her Favorite Song,” is expected sometime in May.

The singer previously teased the new album with the track, "Designer Drug," and he has now made another preview available, in the form of a video clip which can be seen below. (We are certainly just as anxious as you are!)

Of the new album, which was recorded in Los Angeles, Miami and New York, Hawthorne says, “The only rule I had when I went in to make this album was that it had to be fun.” According to a press release, the musician has veered away from the bitter break-up lyrics of his first two albums and instead offers diverse—and more personal—coming-of-age storytelling.

Hawthorne will also hit the road this summer in support of the album, some dates supporting OneRepublic. See the dates and the album preview below.