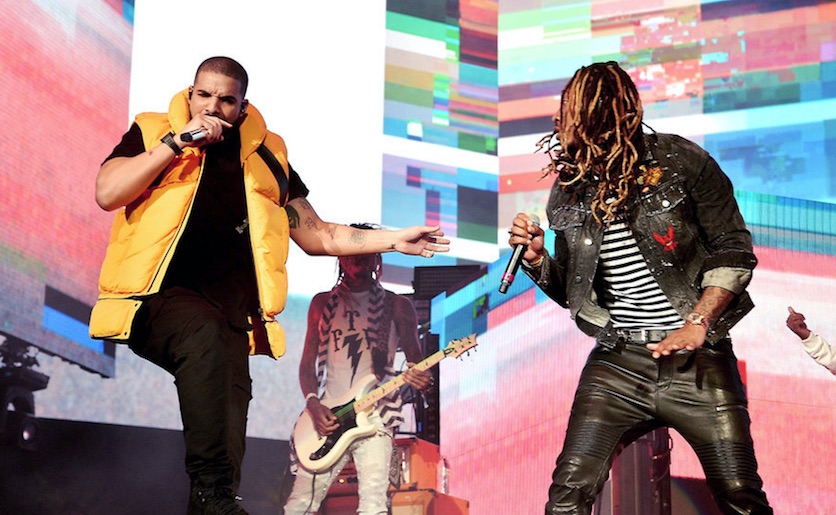 Photo of Drake with Future at Coachella 2017, by Kevin Mazur

As part of his Coachella performance on Saturday night, Future brought out a few A-list guests.

In addition to an appearance from Ty Dolla $ign, Future was also joined by Migos to perform their hits "Bad and Boujee" and "T-Shirt." Later in the night, Drake joined the Atlanta emcee on stage to perform their collaboration "Jumpman" as well as his own More Life cuts “Gyalchester” and “Fake Love.”