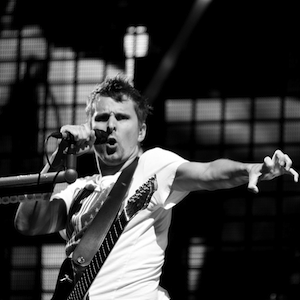 Although Austin City Limits Music Festival will not reveal its full lineup until May 7, Muse revealed during an interview with Montreal's CHOM 97.7 that they are set to be one of the headliners at this year's event, which will encompass two weekends for the first time—Oct. 4-6 and Oct. 11-13.

Of the lineup, most of which is still under wraps, Depeche Mode is also rumored to be performing. Last year's festival included The Black Keys, Florence & The Machine, The Lumineers, Tegan & Sara, Two Door Cinema Club, M83, The Avett Brothers and more.

The full roster for this year's event will be announced at 12:01 a.m. CST on May 7. Tickets are already on sale now.