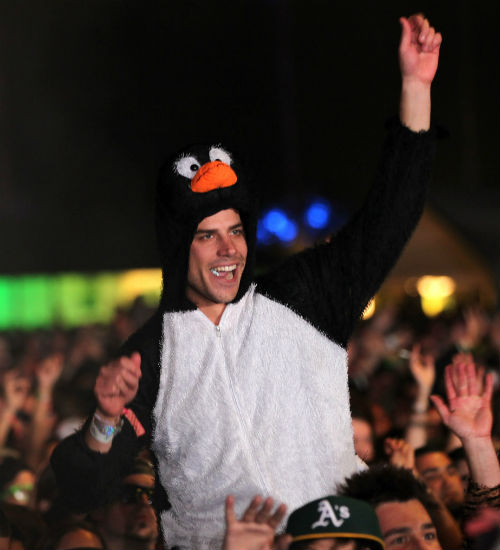 Music fans had a narrow window to buy tickets for this year's Coachella before the festival quickly sold out two hours after the on-sale.

Those turning to the Web on Friday afternoon certainly found sky-high ticket prices. But as one hopeful points out, some female attendees from San Francisco actually took to Craigslist in search of what they call "Coachella boyfriends."

The so-called "fun-loving girls" are simply looking for two guys to accompany them to shows throughout the first weekend of the Indio fest and hang out with their group of friends. Interested candidates should be around "30% bro," "12.5% raver," "6 feet tall," and want to see OutKast, Calvin Harris and Lorde. They also need to be able to "carry a girl on your shoulders."

And, no, if you're 5'10", they're not interested. But perks if you embrace "morning day-drinking."

See the full post below, as it's unsurprisingly been flagged by Craigslist. 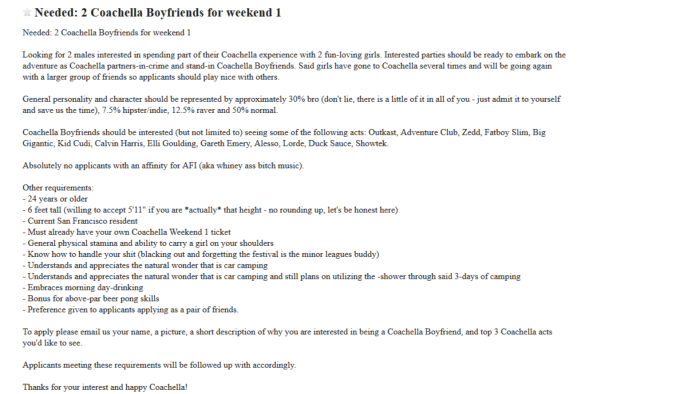