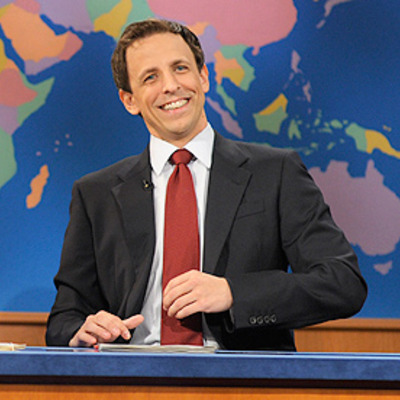 UPDATE (01.29.14): Mindy Kaling will appear at SXSW on March 9, the festival confirmed Wednesday in an email.

Only weeks after his forthcoming debut as Late Night host, Seth Meyers will trek down to Austin as part of this year's comedy panel at SXSW.

Along with the Saturday Night Live writer, whose last episode airs this weekend, will be fellow SNL alum Fred Armisen and Carrie Brownstein, both of whom will be giving a behind-the-scenes look at their IFC cult favorite Portlandia.

Pete Holmes will also be on hand to promote his TBS show, in addition to others. The various showcases will take place during the SXSW Convergence, which will explore creative and digital industries. That portion will run March 7-11 in Austin, during the Film and Interactive segment of the conference/festival.

[via The Austin Chronicle]