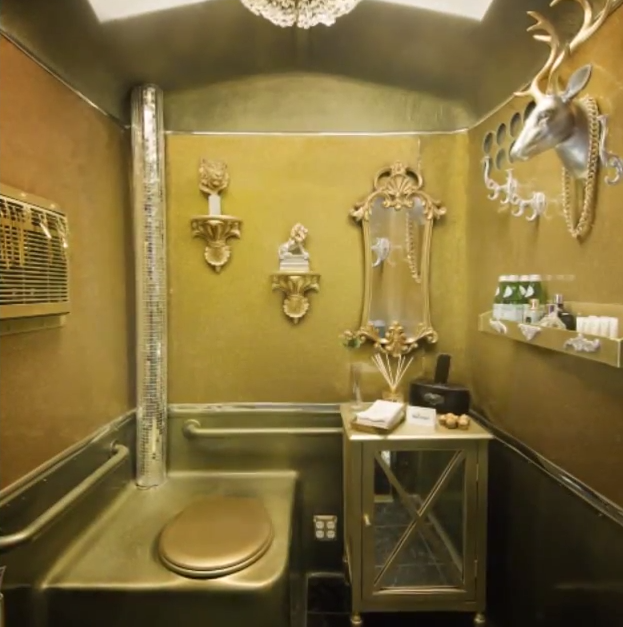 After teasing a "golden" announcement over the past week, Austin City Limits Music Festival finally made the big reveal on Monday. But it was hardly what many were expecting.

The festival has shared details for "the most blingin' port o' gold you've ever seen," in the form of the "Golden Porta Potty," which touts air conditioning, a live video feed of performances, WiFi, a phone-charging station, all gold everything and more.

According to a YouTube video (seen below) from the two-weekend fest, 10 one-day ACL tickets and 10 porta potty passes will be given away. Those interested in winning can enter here.

Of course, this hilarious, ridiculous "Port o' Gold" likely comes as a surprise for some festival attendees, who had previously assumed the festival's cryptic tweets were hinting at additional performers, such as maybe Jill Scott, Gary Clark Jr. or Kanye West.

The actual festival lineup can be found here. The daily schedule is due on Wednesday.