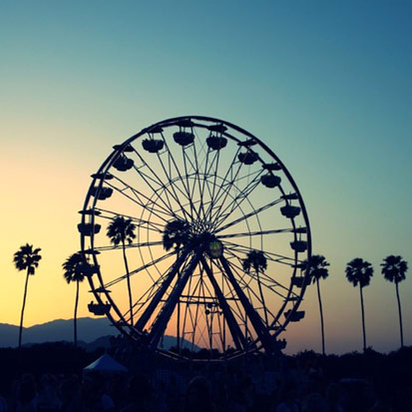 UPDATE: As of 3:30 p.m. EST on Friday, Coachella has sold out. So either you got tickets, or you'll be catching the webcast.

Now that this year's Coachella lineup has been revealed, figuring out who to see might seem like a daunting task.

While the roster is solid as ever, you're likely to discover that you don't recognize many of the acts scheduled to play. Or that you need glasses.

Fortunately, we've created a Spotify playlist to help you out. And while you're certainly advised to dive a little deeper on your own, with 161 songs and over 11 hours of nonstop music bliss, you show be off to a great start.

Of the lineup, three acts are not on Spotify: the Ramones tribute band Gabba Gabba Heys, metal band Unlocking the Truth and under-the-radar DJ John Beaver.

It's interesting to note that there are quite a few acts who collaborated together for a track and are both playing in Indio this year: Ellie Goulding and Calvin Harris (and Zedd); Harris with Alesso; Capital Cities and OutKast's André 3000; Little Dragon and OutKast's Big Boi; Chromeo and Solange (and Aeroplane), who worked together on the former's upcoming album; Rudimental and John Newman; Disclosure and AlunaGeorge; Anna Lunoe and Flume; and others. Perhaps some surprise joint appearances?

Listen to the playlist below.