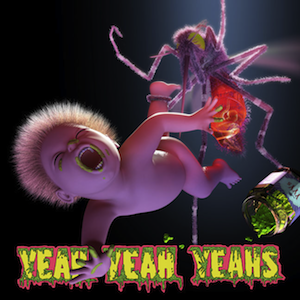 Mosquito is the band’s first album in four years and was recorded at Sonic Ranch in Tornilla, Texas. Lead singer Karen O has revealed that the new LP—produced (separately) by Dave Sitek (TV on the Radio) and Nick Launay (Arcade Fire)—is more “tripped-out” than fans may be used to. LCD Soundsystem’s James Murphy also produced one track off the set.