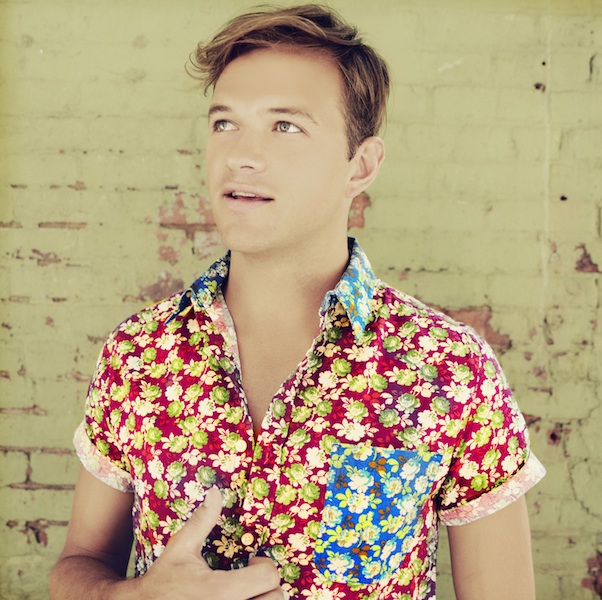 Editor's note: This piece first appeared in its original form in the new issue of Variance. For the full version, click here.

Moments into his 2012 self-titled EP, it’s clear that Jean-Philip Grobler (known by his stage name, St. Lucia) grew up in the ‘80s. Overflowing with savory dance beats and brilliantly jubilant lyrics, the six-song set offered a glimpse of what’s to come on his debut full-length, When the Night, which arrives on Oct. 8.

“I grew up listening to Phil Collins, Foreigner, Duran Duran and Lionel Richie,” says Grobler, who was born and raised in South Africa before moving to Brooklyn after college. “When it came to making my own music, I went back and started rediscovering the music that I loved as a child when I wasn't self-conscious about my music choices or what I was making. And that was like guilty-pleasure music, kind of. It always has sort of an inherent conflict in it—sort of melancholy but happy at the same time.”

Fortunately for St. Lucia, ‘80s culture is once again en vogue, and Grobler acknowledges that. But while he may share musical influences with some of his peers, he’s not pulling the same antics and gimmicks many of them have opted for. There are no missing letters or obscure spellings to his band name. There’s nothing controversial about his lyrics, nothing head-scratching about his videos and nothing contrived about his music or stage presence.

“There’s a lot of weird stuff out there,” says Grobler. “I think a lot of music is naturally born out of anger or frustration and a lot of emotion, but sometimes it just seems forced. And maybe there is pressure for some artists to make music that isn’t true to them or only as a means of getting attention, but I can’t imagine doing that. It just seems fake to me.”

On the other hand, Grobler says he believes When the Night is an honest record. “It wasn’t made in a week,” he reveals. “It takes a long time to make a record and while I was making it, I definitely went through some periods of self-consciousness, where I was like, ‘Is everything I'm making complete bullshit?’ I think it’s natural for any artist to be self-conscious at some point. In the end, it was about doing what’s honest for me, not because that's what's popular now. I have to release something that is true to who I am.”

While Grobler strives to portray a genuine representation of himself, he’s also had the chance to learn from rising stars that have already made quite the impression lately, having shared the stage with Haim, fun. and Ellie Goulding, the latter of whom he credits for displaying a tremendous work ethic.

“She works extremely hard,” Grobler says of Goulding. “On tour, we only got to actually hang out with her maybe twice over like a month-long period. She was either doing an interview or working on a video or something related to work, and then she would arrive just in time for the show. And even if she was struggling vocally from talking all day, you would never know it. She would just bring it, 100 percent, every time.”

Unlike Goulding, however, Grobler says he is personally more cautious of collaborations in music, although he admits he’d definitely throw all caution completely to the wind to work with Daft Punk. “It would be a no-brainier for me,” he confesses. “There are other collaborations I would do if it felt right, but Daft Punk would be a dream. So if the music gods ever presented that to me, I’d go with it.”

Despite being admittedly methodical about his music choices, Grobler is not as reserved when it comes to his clothing options, something he says began in the U.K. “The first time I bought a crazy shirt was in Brighton,” he recalls. “We were playing for Great Escape [Festival]. We're at the thrift store and we played an acoustic set there. And they're like, ‘Take two items of clothing from the racks and you can have that.’ So I just found this amazing Hawaiian shirt.

“A few months later we were in Australia and I found some more shirts, and it just became a thing for me. I guess it’s a way for me to show that, even though I take my music seriously, I don't intend to be that serious. I guess it’s my own guilty pleasure.”

When the Night arrives Oct. 8 on Neon Gold/Columbia. He is also currently on tour supporting Two Door Cinema Club.