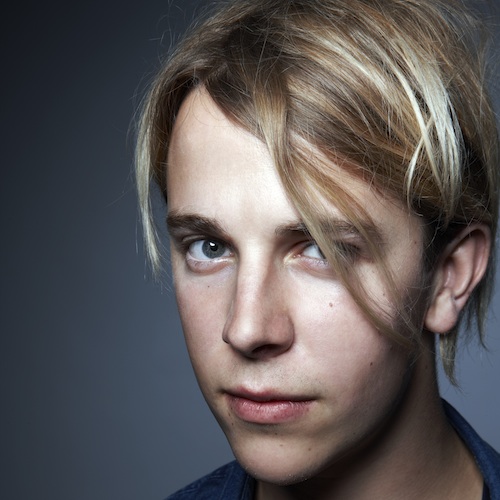 Editor's note: This piece appeared in its original form in the new issue of Variance. For the full version, click here.

British singer-songwriter Tom Odell has been taking over the U.K. this year and now has his sights set on success in the United States. This past month, Odell released his debut album, Long Way Down, in the States and spoke with Variance about his upcoming tour, the new album, and what he considers success in the always-changing music industry.

Long Way Down is a thorough introduction to Odell. His lyrics are romantic and heartbreaking, his voice haunting, and his piano skills exquisite. A truly unique voice, Odell admits that it took a while before he shared his singing talent with anyone.

“It’s funny, I started writing songs when I was about 12 or 13, but it took me a long time to build confidence to sing in front of people,” Odell confesses. “I would only sing when no one was within 20 reaches of me. I remember my family [would leave] the house and that’s the only time I would sing. It took me many years just to get the confidence.”

For many musicians, their story begins as children, always entertaining and getting a laugh or putting on a show, but that wasn’t the case for the reclusive Odell. “I wasn’t one of those precocious children that loved performing in front of people. I hated it.”

When a teacher accidentally heard Odell singing, he gently began to raise Odell’s confidence to perform. “It was around 16 or 17 when I started getting the confidence to sing in front of people.”

With this new self-assurance and just six years, give or take, Odell is performing worldwide, at huge festivals, and even has a BRIT Award to his name. This past February, Odell was named Critics’ Choice 2013. Odell was the first male winner, following previous recipients and Variance-featured artists, Emeli Sande and Ellie Goulding, as well as Jessie J, Adele and Florence & the Machine.

It’s safe to say past winners have a track record of coming away from the award with incredible success.

This past month, Odell has started the U.S. leg of his tour. “I have to say, I do love touring America. It’s quite nice. I guess because America is so big, it’s just nice to have those kind of days when you’re on the bus and you’re a bit away from it all. You get to go to a city, it’s just very enjoyable and I get to do a lot of writing as well, which is cool—when I’m not doing interviews.” (Sorry, Tom!)

It’s always been a huge right of passage for British artists to be able to come to America and release their music. And it seems to have become a familiar pattern, with artists from the U.K. taking over the States. But let’s be honest: It’s wonderful. 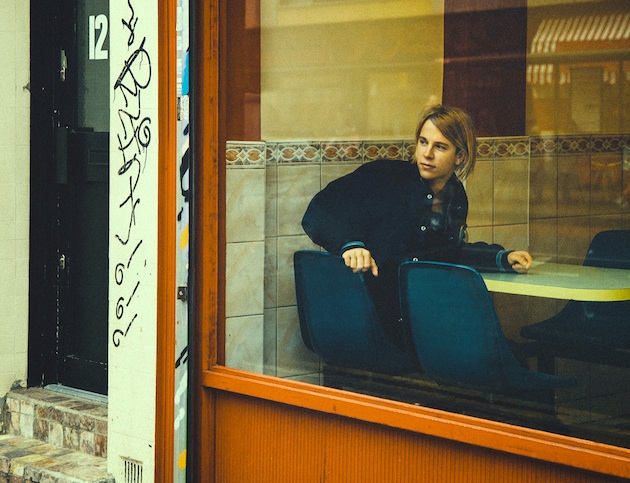 Odell now follows what Mumford & Sons, Adele and many others have already accomplished. “It’s every musician’s dream to come over here,” reveals Odell.

One performance that catapulted Odell to more global recognition was his cover of Taylor Swift’s “I Knew You Were Trouble,” in which he takes the pop star’s upbeat, bass-dropping ballad and turns it into a truly dark and haunting tune.

“I wanted to take a song that was so popular and in everyone’s consciousness and was a huge hit, and just bring out a little more of a darkness in it,” Odell explains. “Until you take the lyrics away from that poppy music, you don’t notice it is incredibly dark.”

While Odell did completely change the song’s melody, he is quick to recognize what a great songwriter Swift is: “She’s a brilliant lyric writer,” he says of the pop songstress, although admitting he doesn’t listen to a lot of mainstream music. He does, however, admit to being influenced by other pop sounds. “There are bands like Beach House and Cat Power who inspired me hugely when I was making the record.”

The making of the album was more about the feeling it portrays than the actual music behind it. “I spent about two years writing songs. To me, the most important thing about the record was the songs. However you record them, it’s the songs. I wrote about 100 songs for the album and then from there, I put them down and we recorded [the album] in London with my band ... in about a month. We recorded it in a very live way,” says Odell.

Songs like “Grow Old With Me,” “Can’t Pretend” and “Another Love” are stand-outs for the raw emotion that Odell delivers in his songs.

“I wanted feeling to lead the songs instead of trying to do an amazing production,” he reveals. “It was fine if the vocals were out of tune or drums are out of time. The emotion is the most important thing.”

Odell doesn’t take for granted the time he’s been able to do what he loves. “It’s just so cool,” he says. “It’s such a privilege to do it. I have a lot of friends who are musicians who don’t get this. They spend a lot of time making music and don’t get to come on tour, playing so many different places around the world. It’s a real honor.”

He reiterates the fact that he’s all about the songs and not the commercial achievements or critical response. “You’ve just got to put out the best music you can, music that you genuinely feel satisfied by yourself, as an artist. That’s all you can do really, I think the rest lies in the hands of the gods.

“I think the most important thing is to make an album that you feel has emotion and can move you,” he says, before suggesting he already feels some level of personal success: “To make something that I’m genuinely proud of is what I define as success.”

Though Odell wraps his U.S. tour this week, his debut album, Long Way Down, is available on iTunes.

Watch his performance on The Tonight Show with Jay Leno below: