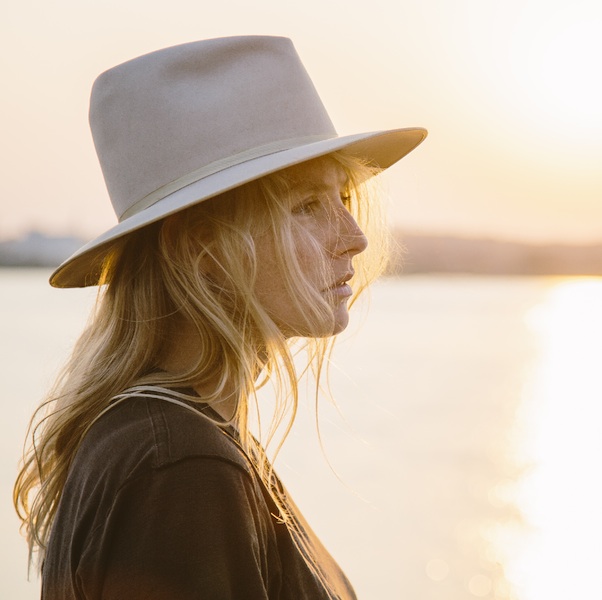 Editor's Note: This piece originally appeared in the new issue of Variance. For the full version, click here.

“I don’t want to be famous if I got to be shameless,” folk rocker Lissie belts out on the “Shameless” track of her forthcoming Oct. 18 release, Back to Forever. It’s a statement electrified with cultural relevance, yet Lissie’s main concern isn’t the headlining news. It’s keeping her own identity in tact with both confidence and humility as her powerhouse voice and blunt songwriting surge her to the forefront of indie music.

She’s gone platinum in the U.K., has played every major festival at home and in Europe, and she got to open for (and meet!) Bruce Springsteen this summer. Still, her response to oncoming fame is refreshing: “I’ve seen some of my contemporaries come up, but the way they do it is so calculated and it just seems like it’s not about their actual talent, it’s about their ability to be like a politician.

“It’s like the more shocking you are, the more you’re rewarded in our society for that, whether it’s hits on YouTube or press coverage … and it ends up overshadowing the music, which I think music was really supposed to help people process their emotions and become better people, but it seems like a lot of music today is just about being irresponsible and having a good time.”

She’s been compared to Fleetwood Mac’s Stevie Nicks, but her rebel streak adds a bit of fierceness that’s intriguing music fans the world over.

“I was voted most outspoken in my yearbook,” the artist confesses. “When I was younger I would get in trouble because you’re not supposed to talk back to adults. Now, I would say I’m still sort of a rebel. I don’t worry about fitting into what society expects, but I don’t go around starting fires or anything. My rebel vices don’t hurt anyone but myself.”

From the outside looking in, those vices only seem to be helping her making incredible music. Lissie’s debut album, Catching a Tiger, released in 2010 to rave reviews, a collection of lyrically and musically varied folk, blues, and indie rock songs that were a thorough introduction to the vast talent this up-and-comer doesn’t seem to realize she has.

While Back to Forever isn’t a radical change, it’s more focused, even more lyrically direct, and packs an even tougher vocal punch.

“There might be some moments where more of the rock side of what I do is coming out, and also my ability to write a pop song has improved,” Lissie self-diagnoses. “Some of the folky elements that people know of me are still there but weren't as highlighted on this album. There's a little more toughness this time around.”

Lissie seasoned this latest offering with time, attitude and Mezcal.

“I'm not really one who can write on the road—I need to sort of get bored first,” Lissie explains. After two years on the road for Catching a Tiger, she took time to get bored. When she started writing, she didn’t stop for a year and a half. “I tried to be as prolific as possible.”

Written from London to Los Angeles to Nashville, Back to Forever’s 12 tracks are barely the tip of the iceberg, but she knows they’re the right tracks at the right time. “There’s a difference between being in the middle of a feeling and then having enough distance from that feeling,” Lissie says.

Catching a Tiger’s lyrics were deeply personal, centering on the moment-to-moment heartache of relationships. Back to Forever is more of a look back—a little wiser, a little clearer. “I think I’m able to tell a better story now because I’m able to step outside the situation and see things from a different perspective.”

The album, produced by Jacknife Lee (Regina Spektor, REM), could make NPR an interesting soundtrack. The songs touch on topics that reflect just how in-tune Lissie is with the world around her. “I’m a person with opinions and it’s nice that I get to express those opinions through music,” she notes.

Case in point: Variance spoke with Lissie about the Back to Forever track “I Don’t Want to Go to Work” on the very day that thousands of fast food workers were protesting unlivable minimum wages and closing down franchises across the country.

“You can be in your early 20s, and you look at the future like there’s endless amounts of time to fulfill all your dreams, but sometimes the reality is that you have a family and you have to go and just do the thing that's going to let you survive,” Lissie bemoans. “I think people probably feel underappreciated and undervalued.

“It's like I just pictured this person at two in the morning having this belligerent moment almost as a rant, but then still going to work the next day,” she explains. “And then they find themselves one day when they're old thinking, ‘I didn't want to do that for my whole life, but I didn't have another option.’”

It’s a poignant image that many young people identify with. All of Back to Forever’s tracks draw up something just as meaningful.

Lissie’s also gaining popularity from her cover songs. In particular, her version of Kid Cudi’s “Pursuit of Happiness” rocked YouTube in 2010 and remains her top track on Spotify.

“I love singing that song because of its defiance,” Lissie says. “It speaks to the rebellious side of me because it’s that ‘You don’t know about me’ thing. I have that in me a bit.”

It started in the U.K. when she was asked to do a cover for a radio interview. “People really liked it and were talking about it,” she recalls of her “Bad Romance” rendition. “It was fun for us to take a song and break it down, because if the songwriting’s good, then you can take any song and make it any genre you want.”

Her covers became so popular while she was on tour for Catching a Tiger that in 2011, she put out a six-track EP of them called Covered Up With Flowers.

“I never realized how much life they would have,” she says. “‘Pursuit of Happiness’ has been responsible for a lot of the success we’ve had so far.”

Fans appreciated that Lissie took her own spin on the song, even to the point of adding a bridge that hadn’t existed originally. It then became the hook sampled on ScHoolboy Q’s “Hands on the Wheel.”

Lissie’s only real deal breaker for Back to Forever was that her band play on it. The band, she says, helps give off that ‘70s rock vibe fans have come to love. And in the “Pursuit of Happiness” video, it’s all there: the bearded, long-haired band rocking in rhythm with the song; Lissie’s loose, wavy blonde locks flinging from side to side; the steady groove of guitars; the bottle of tequila; the sweat, the crowd, the whole nine yards. According to Lissie, none of it’s put on; it’s just her. “My look has always been just T-shirts, jeans, hair down,” she insists. “I think it just comes out.”

Well, good for you, Lissie. Excuse the rest of us while we attempt to perfect the natural, carefree model-of-the-’70s look you pull off so effortlessly.

Back to Forever is out now. She also performed her new single, "Further Away," Wednesday night on The Tonight Show with Jay Leno. Watch here.