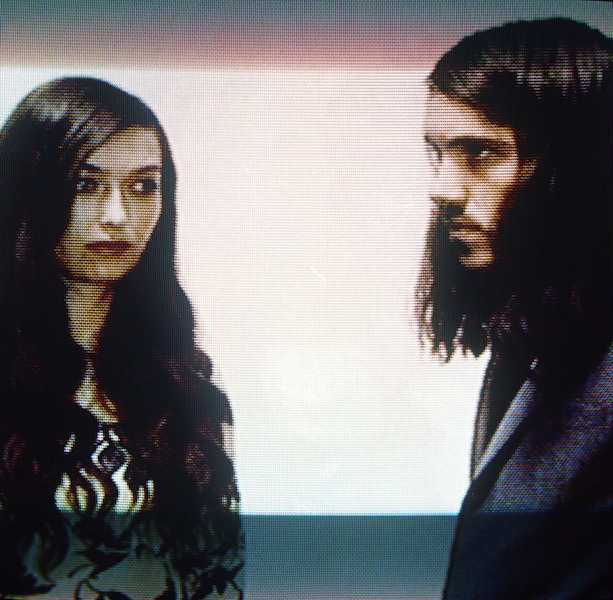 Static, the new album from Cults, sees the New York band furthering their sound after touring for their debut. Brian Oblivion, the production half of the duo opposite vocalist Madeline Follin, explains their ongoing creative process: “Most of the album was written on tour. A lot of bands say ‘I can’t write on tour,’ but whenever I see an artist that thinks like that, I get really angry. You kind of just have to do it.

“I’ll try to create about three or four loops a day, and then we get home from tour and we’ll listen to everything and we’ll go, ‘that’s cool’ or ‘we’ll work on that.’”

When it came time to record the tracks, the band took a more conventional approach the second time around. “Last time we did this, we made the record almost completely in our apartment on a laptop and then brought in the files to our producer in the studio, and that was about it.

“This record is a completely live record; a bunch of demos that we made at home, and then recorded from the ground up in the studio. It was a crazy process this time instead of, ‘Oh, here’s this keyboard hooked up to my laptop.’ Now it’s, how do we find a real thing?

“We wanted the record to have that feeling of being a ‘real players’ record, even though it was just me playing and Madeline singing. So that was a huge challenge to try to capture the feel of an organic band without actually having an organic band.”

Despite reaching for a more natural sound, Oblivion never let his ideas and means of execution get away from him. “I would love to record live, but I’m just too much of a control freak to do it,” he reveals. “Because then I have to have all these people come in and I have to run them all through everything, and that’s just too stressful for me. I’d rather just do it myself. Plus, if you have a bunch of people come in, you have to pay them.”

This desire to see his ideas to their calculated fruition can also manifest in an obsessive manner, as Oblivion can attest: “There was one song that I realized right before we were about to send it out that there was one guitar that was missing from the mix.

“I hoarded the song for a month, and I just kind of sat in my apartment and I wouldn’t turn it in. I wouldn’t answer any phone calls and I just sat in a weird corner and would tinker with it for like twenty minutes a day and just hide out in my apartment. I couldn’t deal with letting it go. It’s like watching your child go to college or something.”

Static was created with a very singular vision, Oblivion explains. “For me, it was just the idea and the look of static. We’ve always been a more artwork-first band. This time around we knew that the album was going to be called Static before we even wrote it.

“In the studio we would have five or six TVs just burning electricity, sitting around in different spots, and whenever we would hit a real wall, or listen back to a mix, we would turn off the lights and just watch the TVs burn and listen to the song, and see if the song could live in that world, if it felt like something that could be created by weird TVs sitting off in a corner somewhere.”

Listing photography and an obsession with films as general influences, Oblivion explains their impact on the band’s live performances.

With the release of Static, the question of ‘success’ is met with a focused enthusiasm for simply sharing what you create, says Oblivion. “I think we’re living it right now. We’re getting to travel the world and play music for people, and every night we get to talk to people who relate to it, and it becomes part of their life and their experience, and I don’t really dream for much more than that.”