2018 FutureSounds: The Artists to Watch in the New Year 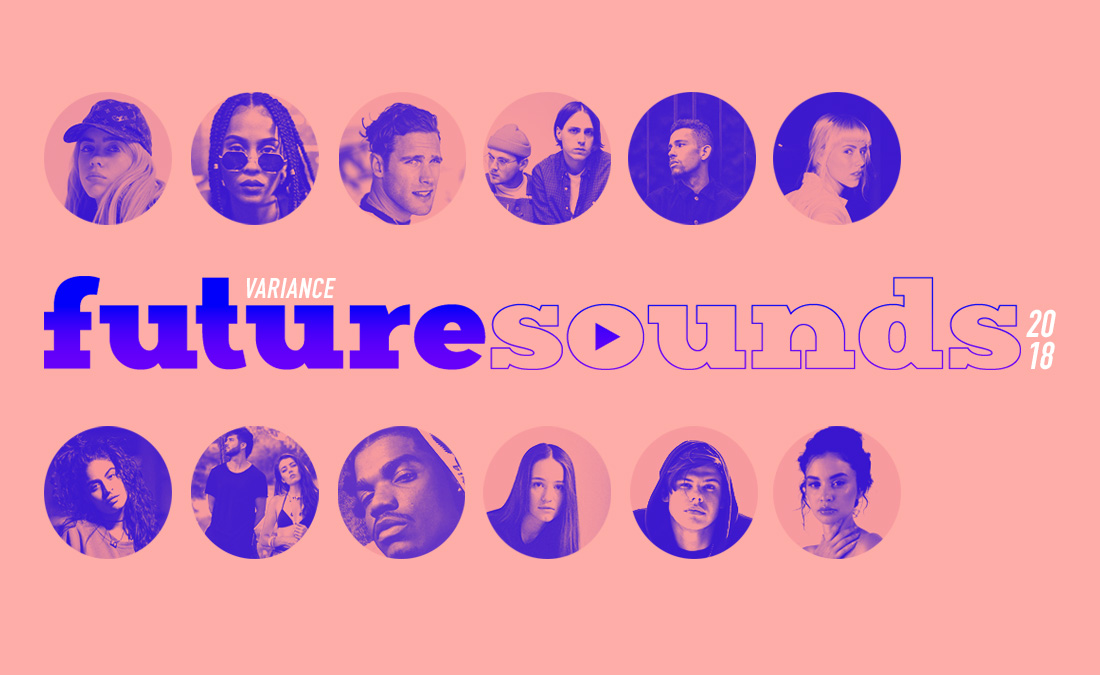 As we dive into a new year, despite frosty temperatures and plenty of unpredictability on the horizon, all signs point to a great year for music.

That means it's time to reveal Variance's 2018 FutureSounds, the 12 artists we'll be watching closely over the next 12 months. This year's annual list is largely made up of relative newcomers, most of whom have yet to release a full-length album on a major or independent record label.

While some of the music acts selected have been publicly active for a while—and perhaps previously covered by Variance—we expect 2018 to be a significant one for each artist, possibly their biggest year yet.

As with previous years, the final 2018 list is the result of intense deliberation, especially as the music industry is fickle and moves increasingly quickly. Ultimately, these artists are simply impossible to ignore right now and we expect the coming months to be rather pivotal as they continue their inevitable rise.

Check out the 2018 FutureSounds below.

Aaron Taos
The Brooklyn pop-rocker kept fans on their toes last year, releasing a steady stream of gems and making clear his knack for creating unforgettable songs, all the way up to his pre-Christmas release "Twisted." Taos first drew attention with his single "Hands," which featured his friend Louisa Gummer, who happens to be Meryl Streep's daughter. Regardless of any famous links, the guy has been building plenty of buzz lately, adding new live shows to his upcoming schedule as well as an EP expected to arrive early this year.

Billie Eilish
The 15-year-old singer closed out 2017 with a Vince Staples collaboration, but her star had been rising for months. She released her debut EP last year, in addition to making her late-night debut on CBS's The Late Show with James Corden, delivering a dazzling performance surrounded by glowing lights, a foreshadowing of her future. When she announced her upcoming tour, tickets sold out in less than an hour, quite a feat for someone who still has her debut album on the way.

Dagny
She first electrified the music landscape in 2016 with her single "Backbeat" and Ultraviolet EP, but the Norwegian songstress has been steadily rising. Last year, she proved she's serious about claiming the pop crown with not one but two sugary treats in the form of "Wearing Nothing" and "Love You Like That," the latter of which was released while she was on tour opening for FutureSounds vets LANY. She's been in the studio since then and we're stoked for what comes next.

IAMDDB
Her catalog is still somewhat light, but IAMDDB (short for "I Am Diana DeBrito") has already made fans out of the likes of Bryson Tiller and Yasiin Bey. The Manchester hip-hop artist has previously been compared to Rihanna, but she's carving out her own path, fusing trap, soul and jazz sounds. Last year, her single "Shade" seemed to provide her a breakout moment as it racked up more than 3 million streams on Spotify. We have a feeling her recent Hoodrich Vol. 3 project isn't the last we'll be hearing of her in the coming months.

Jessie Reyez
The Colombian-Torontonian singer-songwriter isn't necessarily a new face for those who have been following her journey over the past couple of years. But after a Calvin Harris collaboration and the success of her breakout single "Figures," the stars seem to be aligning for Reyez—and pointing to her debut album, which is expected to surface sometime in 2018 via Island Records. She's also on the newly revealed Bonnaroo lineup in addition to a U.K. and European tour, suggesting her live schedule will also be full this year.

Joan
When Alan Thomas and Steven Rutherford (aka joan) first released their single "Take Me On," it was evident they had created an instant favorite. But their two following tracks, "Love Somebody Like You" and most recently "Tokyo," have only cemented their status as ones to watch. They recently opened for COIN on tour and they're one of the first acts signed to indie label 20xx, which is an extension of the popular music discovery site Hillydilly. While they've previously suggested there's no definite plan to release an album, they've been in the studio as recently as December and they've assured fans new music is coming.

NoMBe
The German-born, L.A.-based crooner spent 2017 releasing a brand new single each month as a preview of his album. While it was quite the undertaking, it allowed him to really showcase his undeniable musical abilities, while also opening for Alt-J and building radio airplay on SiriusXM's Alt Nation. As he gears up to release his debut record They Might've Even Loved Me in February, he already has a handful of festival stops planned, including SXSW and BottleRock. Seems like 2018 is going to be a great year for NoMBe!

Once a Tree
Comprised of husband and wife Hayden and Jayli Wolf, the Canadian duo's musical journey has been anything but standard. Both former Jehovah's Witnesses, they bonded through music and their similar childhood experiences. There's definitely something special about this pair, as they proved over the past year, treating fans to a series of electronic-R&B gems, including "Coming Down," which was a favorite for Variance readers. They closed out 2017 with a new album, but it's clear they're just getting started.

Sabrina Claudio
The R&B singer-songwriter has slowly been working her way up the music ranks since 2016, when she released a handful of tracks on SoundCloud. But it all started to come together last year with a pair of projects, her stunning Confidently Lost EP and then the About Time mixtape, all showcasing a mind-blowing talent with one intoxicating performance after another. Even before she was announced as the opener for 6LACK's recent tour, there was no denying, she is a future star.

Sigrid
Hailing from a tiny town in Norway, the pop newcomer had a rather busy 2017, with the release of her Don’t Kill My Vibe EP, of which the title track was a contender for Variance's 2017 Song of Summer. She went on to contribute vocals to the recent Justice League soundtrack, in addition to capping last year with her new single "Strangers." It hasn't even been a year since she first released her breakout single, but she's promised to have big plans in store for 2018.

Smino
To be clear, the St. Louis rapper-vocalist has been hard at work for several years, with a handful of projects under his belt. Between an appearance on Noname's Telefone mixtape and a tour with Mick Jenkins, Smino has continued his steady rise through this year past, when he released his debut album Blkswn, which included his funky, soulful standout "Anita." Continuing the momentum, he recently opened for SZA and he's already vowing to release more music, with no plans to slow down anytime soon.

YUNGBLUD
Northern England's Dominic Harrison (aka YUNGBLUD) kicked off 2017 with an indie release of his song "King Charles." By last summer, he had the attention of and signed with Geffen Records, which is part of the Universal label group that is also home to X Ambassadors and Ellie Goulding. The 19-year-old singer's "I Love You, Will You Marry Me" is already an alt-rock favorite and has been working its way up alternative radio, all leading up to his self-titled EP, which will arrive on Jan. 19. He's currently on a U.K./European tour and he'll open for K.Flay's North American trek in March. It's safe to say, he's got a big 2018 ahead.