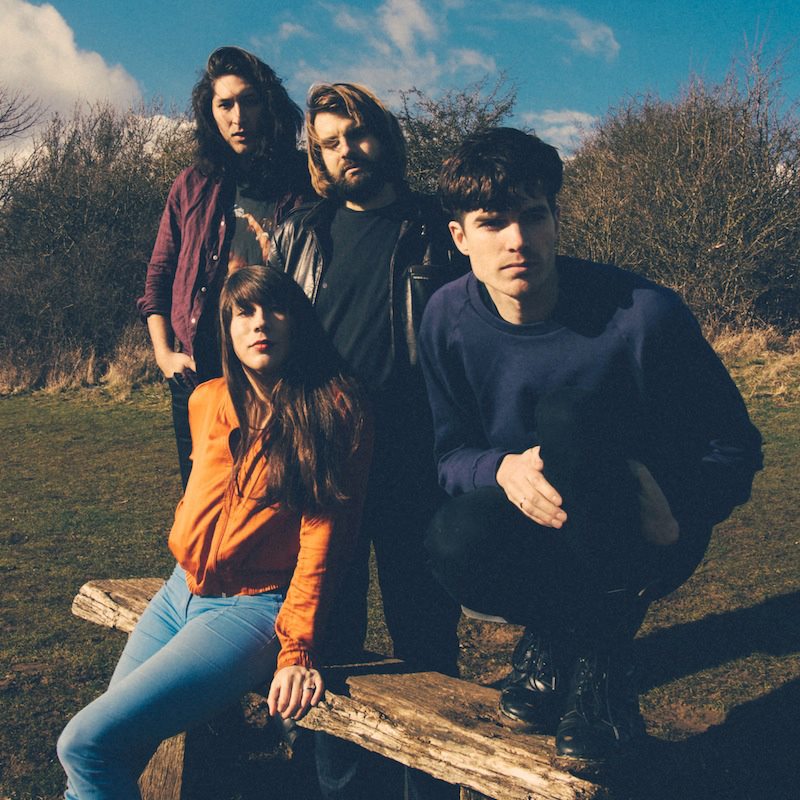 Catchy music, fantastic remixes and Australian accents make Cloud Control a must for everyone looking to open their ears to something quirky, kind of psychedelic and very addicting. Alister Wright, lead singer for Cloud Control, gives insight into the journey thus far.

Ahead of their sophomore album, Dream Cave, Cloud Control has been touring across the U.S., as well as Australia and the U.K. So what surprised Wright the most about touring in the U.S.?

“I reckon maybe just how expensive it is. And how geographically enormous each state is. Like, anyone can get some songs on the Internet, or on blogs or whatever, but to actually tour around this place is like a nightmare. It’s crazy expensive. I actually probably shouldn’t be saying that. I was gonna reveal some intimate details about another band. But I don’t think they would appreciate that,” he laughs. “But it’s crazy hard to try and make a living out of this. Even in Europe and the U.K. It’s pretty crazy.”

Having shared a bill with the likes of Vampire Weekend to Arcade Fire, Cloud Control has had the opportunity to be influenced both personally and musically by many people. What Wright took to heart was the ability to be gracious and encouraging, no matter how famous you become.

“All those guys were chilled out and really cool,” Wright reveals. “Like, I was really surprised when we finished our show just before Arcade Fire, and they were all on the side of the stage watching and just came up afterwards and were like, ‘Oh you guys were great.' They were just so totally keeping it real and were really friendly, which you don’t always expect, but it was really cool. If we’re ever in the position to do the same thing, we try to be cool about it all.”

The eclectic and slightly retro vibe that surrounds Cloud Control’s music may not be everyone’s cup of tea, but it’s definitely a breath of fresh air amidst the auto-tuned music that’s filling the pop charts today. Constantly listening to different types of music himself, Wright allows his favorites and his passions lead him when creating his own work.

“I guess ‘eclectic’ is probably right. We were listening to a lot of different stuff. I really liked a band in the U.S. called Pure X. I like their first album [Pleasure]. That was about when we were writing. I got really obsessed with that, actually. And Clams Casino, as well. That CD he put out was really amazing. And then I discovered Roy Orbison as well. But see, these are all things only I listen to, I know everyone else is off on their own…”

So far, the album has garnered rave reviews. However, don’t expect Wright’s ego to overshadow his talent anytime soon.

“I feel like maybe someone understands what we’re trying to do. But, you’ve always gotta take it with a grain of salt. There are just as many people who have probably given it a bad review and won’t get it. So, I don’t know. I like to read it and get criticism, but it’s also, yeah. I don’t know. I don’t think it’s that healthy to pay too much attention to that kind of stuff.”

Bottom line? Cloud Control’s smooth and catchy sound will put a smile on your face and bounce in your step. Dream Cave arrives Sept. 17 in the States. You can pre-order here.