Rising Singer-Producer Harloe on Upcoming EP, Working as a Female in the Industry 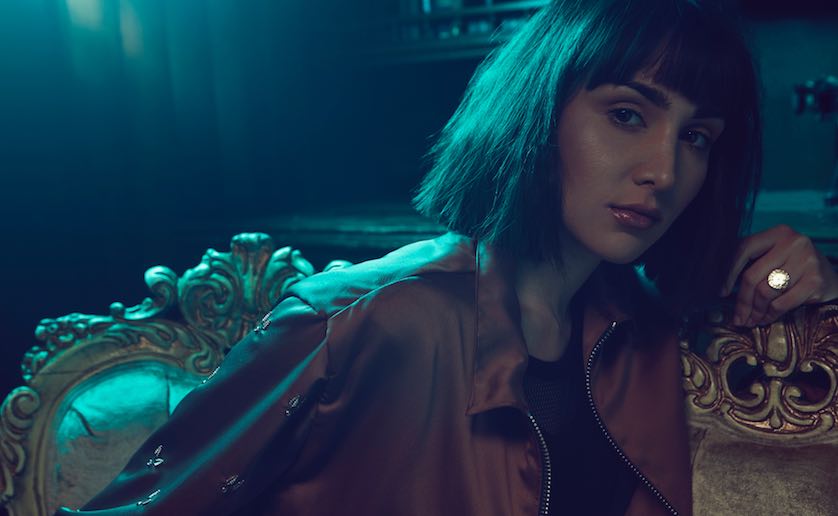 Riding the wave of her recent hit singles “More than Ever” and “All in My Feelings,” featuring Dreezy, which hit No. 1 on Hype Machine and has received over 2 million streams on Spotify, Harloe was excited to recently be back in her hometown of New York City.

“They’re giving us tickets to see [The Tonight Show] and I’m taking my sister,” says Harloe. “She loves Fallon.”

A Queens native and producer-singer-songwriter, Harloe has several projects in the works, including her new EP, Liquid Truth, which is set to drop later this year. Her sound is raw and unapologetic, with influences drawn from R&B and trap music.

“While writing the first song, ‘All in My Feelings,’ I didn’t know I was going to have the creative bug to do the whole EP.” Harloe says of the project, while speaking with Variance. “I was talking with people I work with, trying to decide who to pitch the song to because I was in this mode of writing for other artists, but for the first time I felt like a song really spoke to where I am at in this point in my life, so I did the song, and then ‘More than Ever’ just kind of flowed from that.”

Harloe has written for many popular artists, including Britney Spears and Charli XCX; however, this will be her debut solo effort.

“I think the inspiration for the EP was just me finally seeing where I’ve been this year emotionally, and just putting that pen to the paper and getting those honest words out,” she confesses. “There was no filter; With this one I really had no expectations. It was just me being honest.”

While Harloe is enjoying her recent success, it wasn’t an easy road to get to this point in her career.

“Coming from New York and moving to L.A., just trying to get my feet wet in the industry was tough.” she states.

“I think that the main challenge as a female producer and a writer is that there are a lot of male producers to look up to, but there are not a lot of women,” she concedes. “So finding those mentors is a little bit challenging in the beginning until you have a peer group you really can vibe with.”

On first collaborating with other established artists in the industry, Harloe was excited about “being able to work in L.A.”

“Working with people I really looked up to was such a surreal experience,” she says. “I’m a huge Britney fan, just like everyone else, and Charli XCX is an amazing writer in her own right, so the fact that I got to be a part of her EP was such a cool experience.”

Harloe plans to continue writing for other artists while pursuing her solo career.

“I’ve definitely grown and learned so much from those experiences and I want to continue writing for other artists because that’s a big part of who I am, and it keeps me so inspired,” she says.

Along with her new EP, Harloe has also been busy collaborating with Kelly Clarkson on an album set to drop later this year.

“I’ve been in Nashville writing for the Kelly Clarkson album—hopefully coming out at the end of this year—which has been really cool,” says Harloe. “I’ve never been to Nashville before, and there’s so much music there. I never would’ve thought that I’m a honky tonk girl because I’m from New York and we grew up listening to hip-hop and that kind of stuff, but I loved it and it was really fun.”

Harloe is also working on her live show for Liquid Truth and is excited to release the full album after the success of “All in My Feelings” and “More than Ever.”

“I’m just so happy that people are connecting to [the music],” she tells us of the response to her releases so far. “I’m glad that in some way I can just be a part of people’s lives and hopefully help inspire people. I know that somewhere out there, there are young girls who might want to produce, who just don’t have a person to look up to or someone to show them the ropes, and I’d feel really proud to be able to encourage people—especially women—because I feel like all music is so connecting.” ■