Interview: David Gray Is 'Back in the World,' Talks 'Torture' of Making New Album 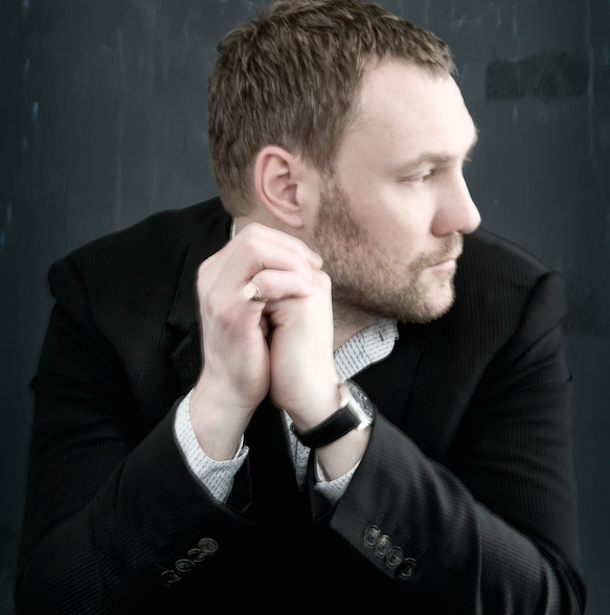 More than 20 years after the release of his debut album, A Century Ends, David Gray this week released his latest body of work, Mutineers.

Ending a four-year hiatus, the acclaimed British singer is once again “Back in the World." In fact, that’s what he called his new single, a clear nod to his own personal journey and evolvement.

“I had to take some time off to let the bruising go down after my facial reconstruction, trying to stay young,” he says with a hearty laugh, calling in from London.

Fans listening to Gray’s new record will easily recognize that trademark voice of the man who first rose to prominence in 1998 with “Babylon." But there’s definitely something different about this new set. From the progressive drum to the layered vocals, the famed musician admittedly experimented much more this time around.

"I needed something else,” he admits, noting that it wasn’t easy. "I was sort of tired of my line of approach from before. And I knew all the things I didn’t want, but I didn’t know what it was I was after. Both in the writing and the making of the album, I tried to look at everything from a different angle. I ended up caking the lyrics and then finding the melodies for them, which was in reverse for me. I didn’t know what the hell I was doing, but it led me to some interesting stuff.

Working with producer Andy Barlow (of the duo Lamb), whose background is in electronic genres, certainly shook things up more than even Gray himself expected.

"It was great but it was torture,” the singer confesses. "There were times when I wanted to hit myself in the face, or maybe him in the face; I was literally going mad because he wouldn’t conform to what I wanted him to do. He would push me to do something that I—the old me—would scoff at. He also preferred to do songs where I didn’t know what I was doing, so there would be more of a chance of this spontaneous magic happening. And there was real wisdom in that. It was wonderful.”

While he acknowledges the album process was trying at times, Gray makes it clear he also learned so much about himself and his music.

"The whole experience got me to thinking, because as you go from album to album, you get comfortable and you start mapping out the details to make it perfect,” he recalls. "But it’s weird, you take a step back years later and go, ‘Fucking hell, now I get it.’ And the advantage of some of these spontaneous moments in the studio is that you get the raw emotion, not just songs you’ve been storing in the bank. It was eye-opening.”

After more than two decades making music, Gray says he challenged himself more this time only for his own sake, not because he felt the need to reinvent himself or prove anything to others.

“I feel good about where I’m at,” he says, recalling his battles over the years with music critics who were determined to pigeonhole his music as “singer-songwriter” or various other labels. "I don’t feel like I have to fight the press or the public anymore. They can think or say what they want, but I know what I was born to do and what I was put here for, and that’s what I’m doing. And that’s all that matters. I’ve let the work speak for itself. Everything I’ve got to give is there in the record.”

After maintaining a career for this, however, Gray admits that “not everything in my catalog resonates” like it did before. “There are some songs that don’t stand the test of time, and that’s alright. But it doesn’t matter how long I’ve been doing this, I still find myself learning as a musician, being surprised by a song I haven’t played in 10-15 years. It’s an ongoing process."

As for Mutineers, he says, “I think there’s an immediacy to it, honestly. I hope people connect with it and embrace it. Yeah, I want it to be a fucking triumph,” he exclaims with laughter. "I’ve got my eye on a house in the south of France, you know.”

Mutineers is out now. Watch David Gray’s video for “Back in the World” below.