Lifetime Is Trying to Ruin the '90s for Everyone 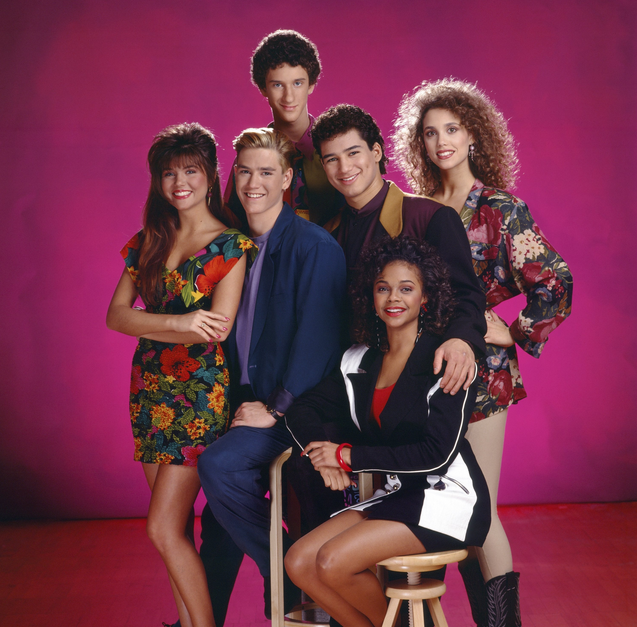 Over the past week, Lifetime—best known as the "Television for Women" network—has been rolling out plans for some of its upcoming original movies.

First came news that 13 years after her death, we're finally getting an Aaliyah biopic. But on Lifetime? The same channel as Drop Dead Diva? And sure, Zendaya is easily a rising star within the wonderful world of Disney, but you can't help but wonder if the casting might have been different were the film on another network (or outside of television altogether).

This is on top of the fact that the network known for producing some rather awful, gimmicky made-for-TV flicks aimed at women also has a biopic on the late Whitney Houston in the works. Can you even imagine?

Then on Thursday, the network unveiled that come Labor Day weekend (Sept. 1), it will premiere The Unauthorized Saved by the Bell Story, which is said to look at the off-screen lives of '90s teen-comedy stars. Yes, the original casting director was involved in finding lookalikes to portray the likes of Mario Lopez and Tiffani-Amber Thiessen. And with all those hormones and likely off-screen battles, it's safe to assume fans will learn a few things, but it likely won't give you all the feels you might be expecting.

This is the same network on which a film titled Grumpy Cat's Worst Christmas Ever will also air in December, proving that Lifetime is only interested in exploiting the current '90s comeback to its own advantage, not to give fans any kind of warm, fuzzy sense of nostalgia, like a Destiny's Child reunion at the Super Bowl or Jesse and the Rippers performing on Late Night with Jimmy Fallon. Yes, the two latter platforms benefited tremendously, but many would argue it was also rewarding for longtime fans.

Fallon himself has delivered his fair share of memorable '90s tributes (he even tried to reunite the Saved by the Bell cast back in 2009). And these stunts usually work, perhaps because they're all generally one segment long, so you can enjoy the moment but then move on with your 2014 life.

As for the films about Aaliyah and Houston, there's clearly an audience for them, which explains why Lifetime wants in. But these aren't just some R&B singers, they're music icons. They changed music in their own ways and influenced many of today's current vocalists, both having also died far before their time.

Many "purist" Aaliyah fans have not been quick to embrace other artists releasing her work posthumously (à la Chris Brown's "duets" with her), and a lot of Houston fans are still very protective of her name and work. And barring some kind of miracle, it's difficult to imagine a scenario in which fans approve of a film that would air on the same network that spends most of its marketing muscle on a show called Dance Moms and its various spinoffs.

Would it be great to see a glossy film focused Aaliyah's life and legacy? Perhaps. Will a ton of folks tune in for this cheap Saved by the Bell creation? It's likely. If you do tune in for these made-for-TV movies, just don't get your hopes up, as you're probably going to be disappointed. Because as nice as some of these things are to think about, sometimes they're best left to the imagination. And in the case of the '90s, that's probably where a lot of things should stay.

The opinions expressed in this commentary are solely those of the author.