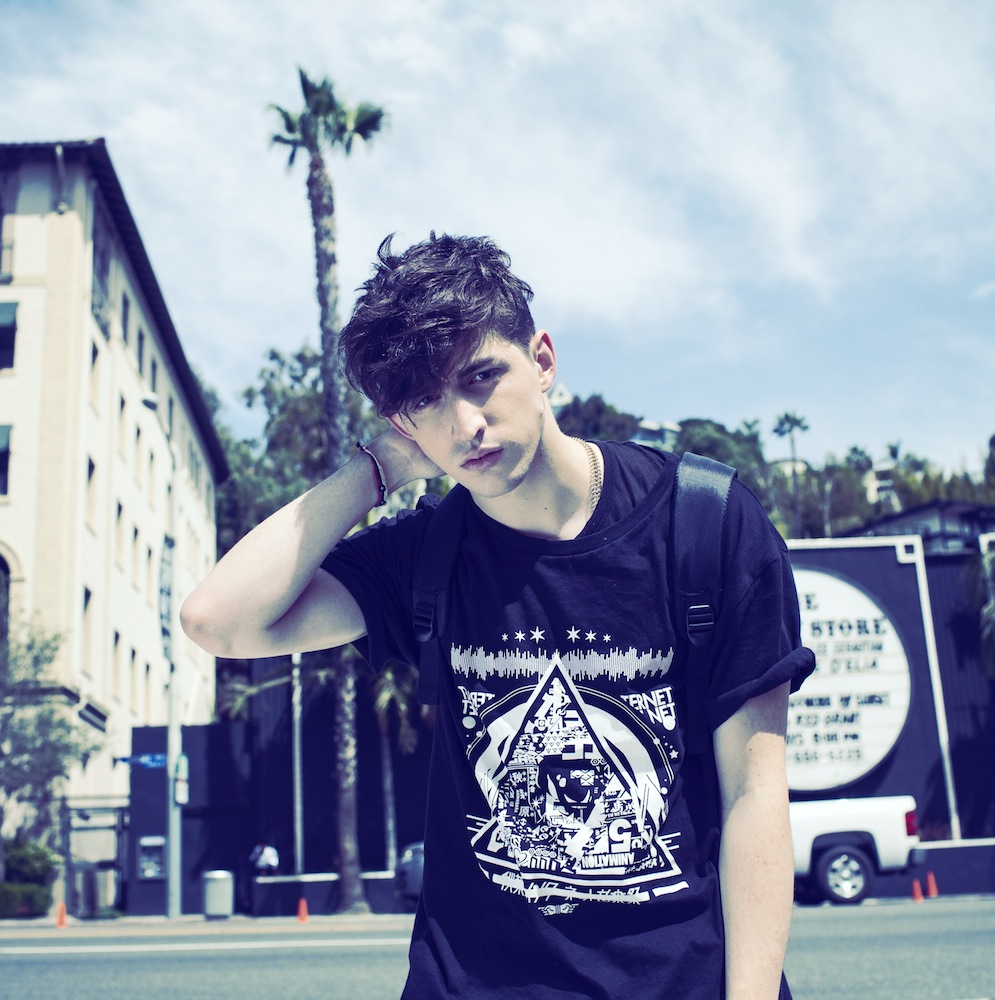 Porter Robinson is sitting at a piano, playing out a little melody he seems to have come up with on the spot. For someone that made his name and reputation as a DJ playing other people’s music, this is a surprising sight. Robinson has been given many labels over the past few years, ranging from DJ to producer to EDM genre star. However, it’s a much simpler title the 22-year-old favors the most: musician.

Robinson fell in love with electronic music at age 12. That’s when he played Dance Dance Revolution for the first time and paid more attention to the soundtrack than the game itself. It was the first time he truly heard music of that nature. The seed was planted and from there Robinson began a budding career as a DJ, focusing on intro and outro beats to music that was not truly his. He rose through the EDM ranks, becoming a mainstay at festivals as fans fell in love with his style. However, Robinson began to shift his focus over two years ago to something less EDM and more his own.

"I decided I’m not making music for DJs anymore, I’m going to make music for listening."

“I’m not as interested in EDM as I used to be because the genre has gotten pretty homogenized,” Robinson says. “I think that there are certain requirements to an EDM song to make it work in a festival setting or a nightclub setting. You need to have a build-up and a warning and a drop. And I think that ultimately if you are trying to make really expressive music, you have to cut corners and make compromises in that genre. I found that was limiting and keeping me from saying what I wanted to say with my music. So I decided I’m not making music for DJs anymore, I’m going to make music for listening.”

His creativity and music intentions had shifted. Robinson began a two-year process creating music that he loved, prepping an album of nothing but original music. Inspired by video game soundtracks of the early 2000s, he wanted something with a hint of nostalgia while still remaining current. One thing Robinson did not want was a budding pop starlet highlighting his tracklist.

It’s no secret EDM has found itself in a repetitive cycle of DJs pairing with one of music’s biggest stars to create the next top 40 hit. “That is the most boring shit,” Robinson laments. “Those EDM songs that have the pop princess on the hook, that is not on my radar at all. I wasn’t trying to make a tracklist that turned heads.”

Robinson instead became focused on hooks, something that would worm its way into the listeners ear and stick. He wanted electronic music that was different, exotic. Uninterested in a specific genre or label, his only goal was to finally establish his own identity as a musician with a signature style. “I don’t even know what kind of genre I would call it,” he explains. “I kind of want to resist. I don’t want to spawn a scene. My goal is not to create a bandwagon or to create a style that other people want to reproduce at all. I would much rather have my own identity.”

The first step in reaching that goal was releasing the track “The Language.” Robinson credits that song as the first step in a new direction of music for him. It was risky move since it was not as heavy as some of his existing fans might have been accustomed to, but the response was positive. 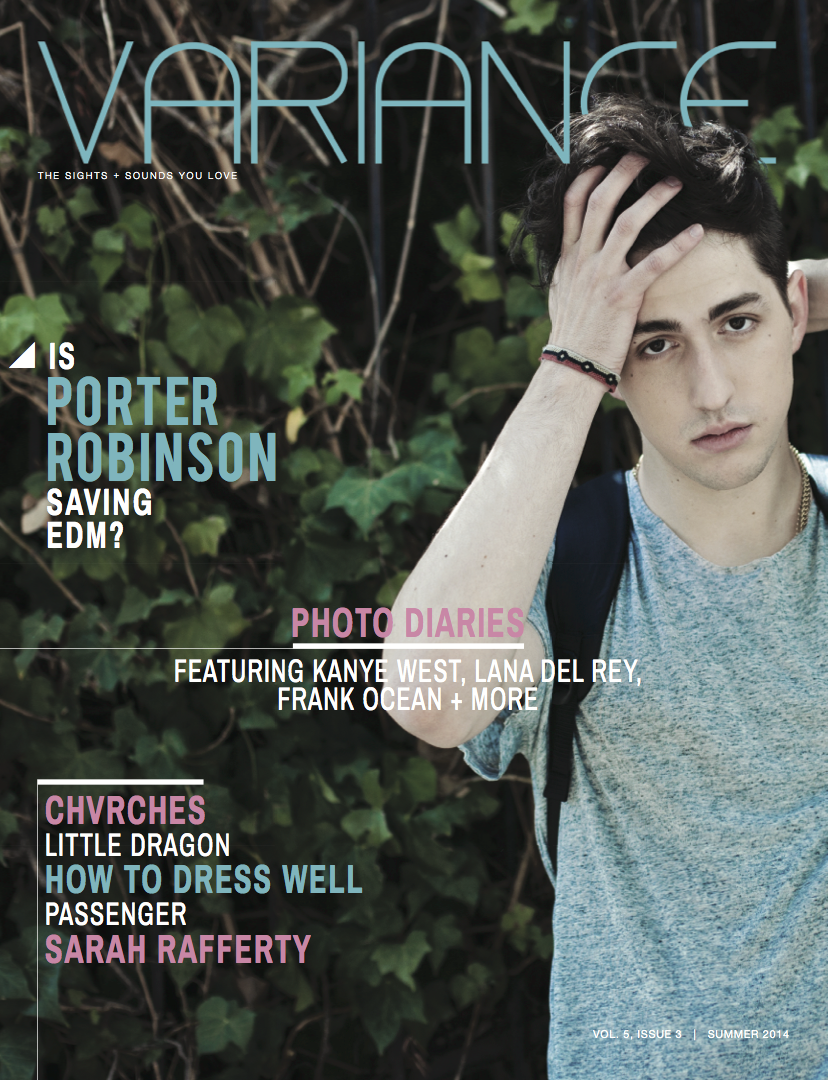 Robinson was prepared for resistance though. He knew he was forging a new path and some would be on board while others might turn their nose to it. “I was prepared for backlash,” Robinson says. “I thought for sure there was going to be a significant group of people saying this was bad and I would just go back to making bangers.”

Instead, Robinson received a wave of support that only fueled the production of a full album. He felt vindicated from the response but wasn’t interested in just releasing one track on Soundcloud. He wanted a full album, a full body of work. He did not want this new sound to come across as just a mere experiment. It was a new style that he would now define himself with. “Presenting it as an album showcases a real commitment to a new aesthetic and new idea,” Robinson says. And with that, Worlds was born.

An album aimed to connect and allow the listener to escape to their own imagined paradise, Worlds is a reflection of Robinson’s youth. Growing up, the musician loved to play online role-play games like World of Warcraft where he could connect with millions of people in a fictional setting. It allowed Robinson to immerse himself in something other than reality. That was the goal with his new record. He wanted Worlds to be the album that allowed people to escape and connect with something outside of their surroundings.

“The ability to imagine fictional places is significant and important, and so to me this album is about that feeling of escapism to a fictional world,” he reveals. “It’s not really about reality or about inequality in the world. It’s not meant to inspire anyone to get out and vote. It has nothing really to do with reality. It is all about fiction and escapism.”

The next step in Robinson’s new style was designing the live show. He took a break from the festival circuit while making the record, waiting until everything was complete so he could present his new music in a fully formed show.

Finally ready to embark on a new tour, Robinson says his live show will consist of all original music. He wants it to play out like a partial DJ set and a live band show. He is also currently working on a visual show to pair with each song. His goal is to demonstrate more risk while making everything bigger than anyone’s expectations, and he is confident the new material will translate to the festival crowd, sounding more beautiful and expansive than anything before.

Robinson hopes more electronic musicians eventually take note of what he is doing and that it pushes the boundaries of the genre, because according to the young star, EDM in its current form may be reaching its capacity.

He understands there’s still big money in the genre, but he believes it might just be at critical mass, no longer able to sustain itself. His hope is that a new wave of young and eager producers will ultimately rise up, pushing music in a better direction.

“I hope EDM gets less driven by micro genres and scenes,” he admits. “But I don’t know if that is really going to happen. I think that is how cool ideas die. They get overexposed, too many people try to do the same thing and you hear something so much it starts to bug you. So, I just hope there is a real premium on creativity.”

Listen below to "Flicker," the latest of tracks released from Robinson's forthcoming album, Worlds, due Aug. 12 on Astralwerks.