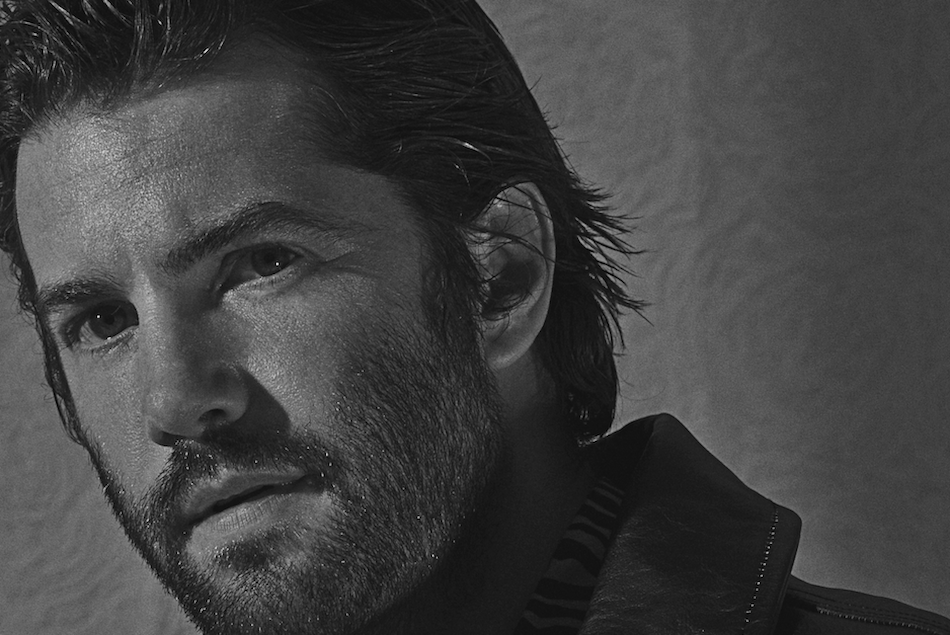 After spending much of the past decade focusing on feature film work, Jim Sturgess has made quite the leap into television this year.

The actor is perhaps best known for starring as Jude in 2007's Across the Universe; co-starring alongside Anne Hathaway in the 2011 romantic drama One Day; and starring opposite Tom Hanks and Halle Berry in 2012's Cloud Atlas.

"Television is different and it has different risks," the London-born actor and musician admits, speaking with Variance ahead of the premiere of his new BBC Two miniseries Close to the Enemy. "It makes you kind of nervous doing TV because they make you sign on for five or six years, so if it does go on for that long, everyone is already under contract. You’re making much grander life decisions." 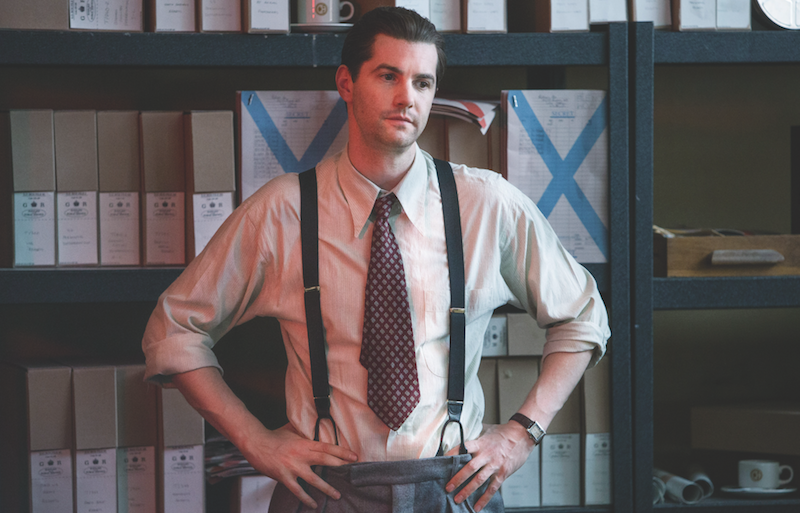 Photo of Jim Sturgess in 'Close to the Enemy,' courtesy BBC

Sturgess over the summer starred in the AMC crime drama Feed the Beast, which was ultimately only picked up for one season. But it reminded him of the gamble of the small screen. "It was a big deal to sign on," he says. "It was like, 'Oh my shit! I get to be back in New York!' Of course, I loved that. But you also have no idea if your show will catch on. You could be in New York or Canada or Idaho for five years."

He actually shot Close to the Enemy before Feed the Beast, but with the former, he knew the project was only a seven-part period drama. He was immediately drawn to the series, which is set in bomb-damaged London after World War II just as the Cold War was brewing. 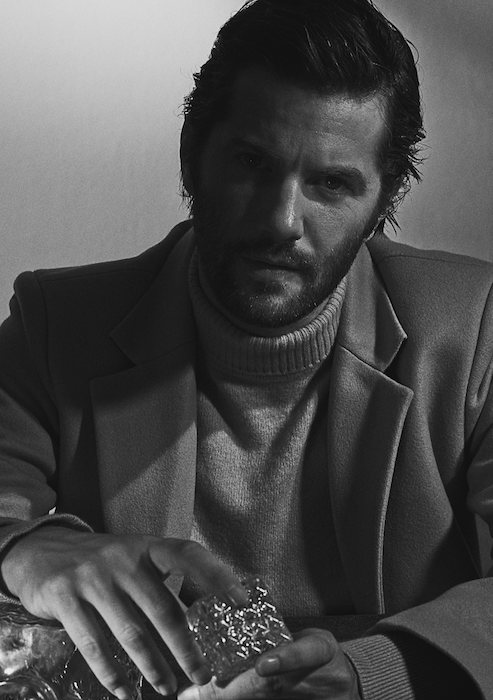 Sturgess plays British Army intelligence officer Callum Ferguson, who thinks his time in the military is coming to an end, but is "given one last task," according to the actor. He has to extract as much information as he can from German scientist Dieter Koehler, played by Inglorious Bastards' August Diehl. It quickly turns out to a much more costly endeavor than expected.

While the series boasts a cast of Freddie Highmore (Bates Motel), Charlotte Riley (Peaky Blinders), Angela Bassett (American Horror Story) and Alfie Allen (Game of Thrones), Sturgess says working with acclaimed playwright-director Stephen Poliakoff, who wrote and directed the project, was a clear draw. "He’s a bit of a national treasure and he’s been making these highbrowed dramas for television for years," Sturgess declares, adding: "The rest of the world is sort of catching up to him."

The actor admits shooting the series wasn't without its challenges though. "I'm used to unusual characters and nudity and physically compromising situations," he confesses. "But we were shooting in the same timeframe as we might do a feature film. So you’ve got seven episodes, but it’s like working on a giant, seven-hour film. I wasn't expecting that."

The 38-year-old actor is, however, waiting for the moment his relatively youthful appearance starts to wane, assuming that ever happens. "I may have been lucky until now, but I just know it’s going to fall apart in one quick swoop," he jokes, acknowledging his ability to play younger characters. "It’s not gonna be an easy decline, mate. I’ll just wake up one morning and it’s all on the floor. I certainly don’t look after myself, so I don't know what's going on."

Looking ahead, Sturgess recently finished shooting a new thriller, Geostorm, which he co-stars in with the likes of Gerard Butler and Ed Harris. It opens in theaters later next year.

"It’s about climate change and geoengineering, where scientists are trying to manipulate the weather to combat the effects of global warming, which they’re already doing," he says, proceeding to explain the movie's exaggerated premise. "The film takes place in the future when the world is so messed up and geoengineering is actually necessary to keep the world safe and make sure it snows and rains at the right time and that the sun shines on time."

Noting it's just "fun entertainment with a very heightened narrative," Sturgess also says Geostorm tells a what of "what happens if that system or technology gets into the wrong hands and is used as a weapon of mass destruction ... it kind of makes you stop to think about all these invisible factors we can’t see."

Sturgess and his friends have also formed a band called Tragic Toys, which recently released a handful of demo tracks. Proceeds will go to a friend battling a severe form of multiple sclerosis. "He has four kids and is now incapable of moving and speaking," he says. "We're trying to help him recover and walk again. It's about him and his family, we're just trying to do anything we can."

As Sturgess continues plotting his next moves, he says his career as a balancing act. "You're trying to stay in people’s consciousness but also doing work you’re passionate about," he says. "When it's pulling people in and moving them and making them feel things, that's always reassuring."

Close to the Enemy premieres Thursday (Nov. 10) on BBC Two in the U.K. and Nov. 14 on Acorn TV in the U.S. For more information on Tragic Toys' fundraising efforts, click here.

CHVRCHES Return with Gummy New Single 'Get Out'

Erykah Badu Had Some Nice Things to Say About Hitler

Kanye West on Obama, Jay-Z, Taylor Swift: 'I’m in a Stronger Place Than I Ever Was'