Sarah Rafferty Talks 'Suits,' Being Most Powerful Paper-Pusher on Television 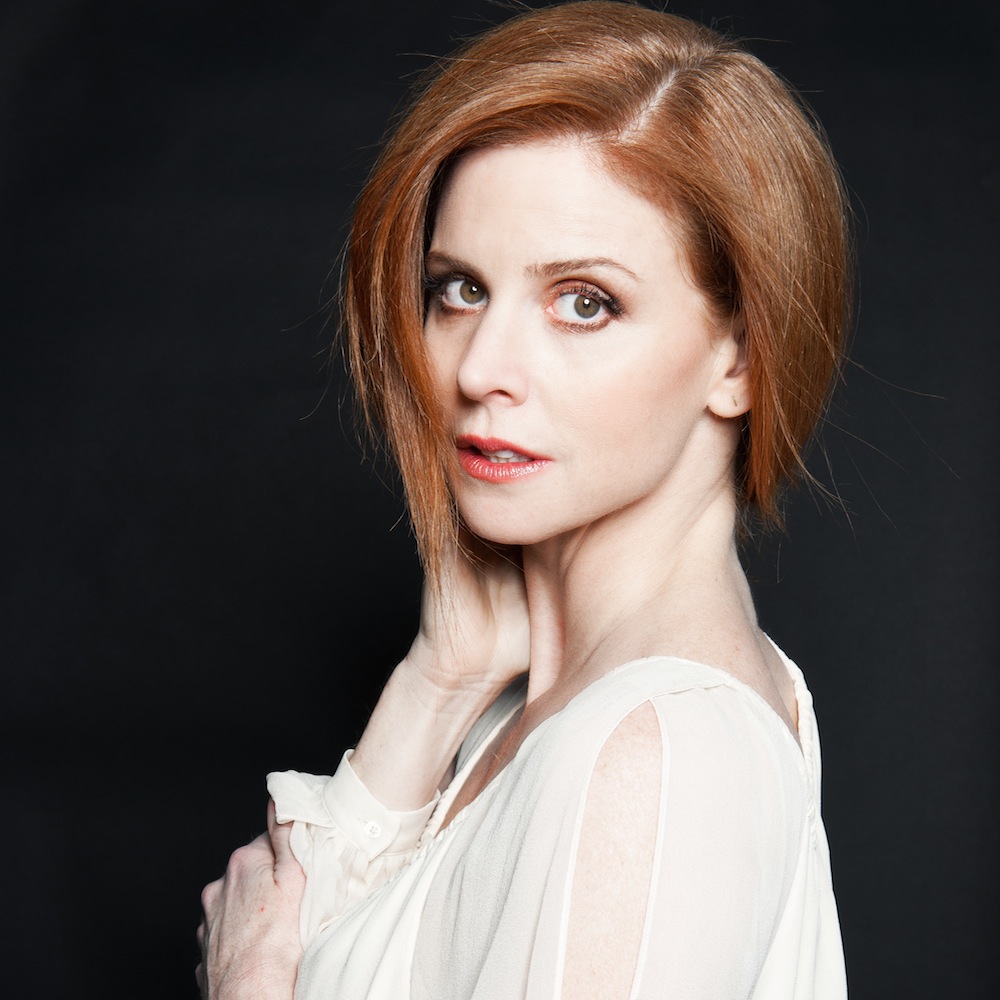 With USA’s Suits now knee-deep into its fourth season, the hit lawyer serial is currently at its best in terms of witty zingers and tit-for-tat storylines. With Harvey Specter (Gabriel Macht) and Mike Ross (Patrick J. Adams) at opposite ends of a war zone, there’s a new level of excitement and energy surrounding the show.

Sarah Rafferty, whose Donna Paulsen has become a critical character over the past couple of seasons, says the newfound energy is just as palpable for the cast as it’s been for viewers. And while a lot of that is certainly attributed to the brilliant writers, she believes USA also deserves credit for its successful split-season formatting.

“It’s their model and it works,” she says, speaking to Variance on an early summer afternoon. “They tend to premiere the new shows in the off-season, in the summer, so they hook viewers in and then you’ve got that break which builds anticipation and keeps the momentum going. We’ve got 16 episodes each season, so when you break it up into 10 and six, the wait doesn’t feel as long and you don’t have a chance to forget about it.”

Rafferty acknowledges the end of last season into the current one has been anything but forgettable, with Mike’s departure from the Pearson Specter firm as he now goes head-to-head against his onetime boss and friend Harvey.

Although Donna somehow tends to remain above the fray, instead playing mediator and mother hen, in the first few episodes of season four, she finds herself somewhat caught up in the feud between Harvey and Mike, the latter of whom betrays her trust in a bid to undercut his rival. Of course, she later struts into Mike’s office and makes it rather clear that will never happen again—or else.

That bravado is one of many things fans have come to love about the omniscient secretary. “She’s a people person,” Rafferty exclaims. “That’s her strength. She knows what makes people tick, and that allows her to have a great relationship with Louis (Rick Hoffman) and with Harvey.”

But according to Rafferty, everyone’s favorite redhead expands beyond saving the Pearson Specter world this season as we learn more about Donna’s life outside of her receptionist desk.

“We start getting a different look into her personal life,” she reveals. “In season two, she got fired and we learned some things about her. Last season, we had the flashback and we saw her history with Harvey. But this is going to be a different side, and it’s been really fun to play.”

Part of the thrill for Rafferty, despite her character’s seemingly supporting title of secretary, is that Suits has done such a great job of not enforcing stereotypes, especially where women are concerned. Even in 2014, the show runs counter to so many of its peers with female characters who are smart, savvy and drive the story from positions of power. 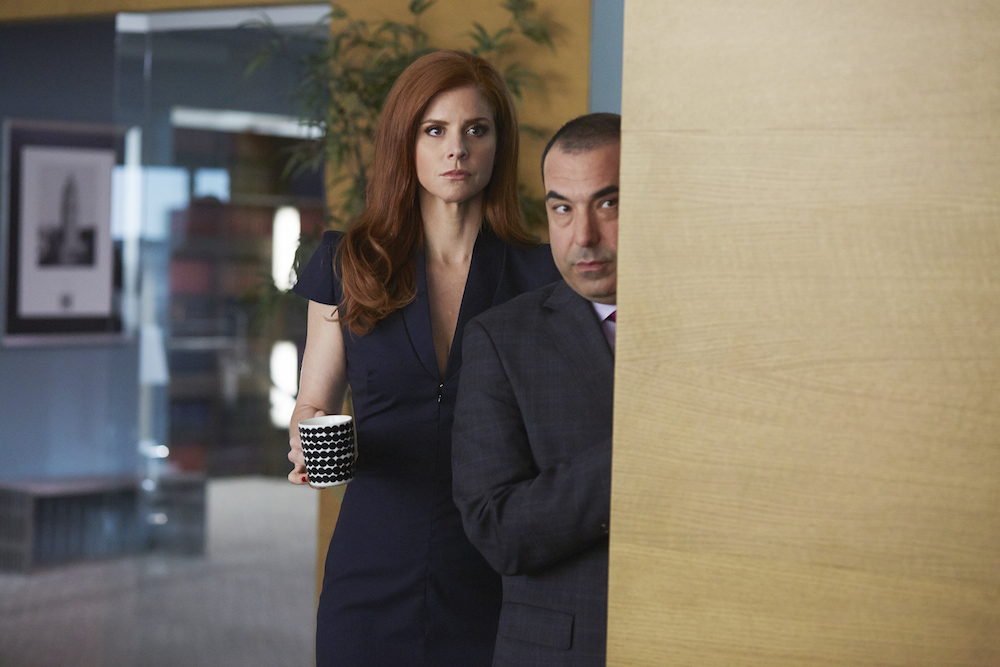 “When I read the pilot, I was so attracted to the show because of the richly drawn characters,” she recalls. “But it’s always a leap of faith with these things. I think the writers just do such an amazing job of developing these characters and their stories, and I think because you do see the women on the show go toe-to-toe with the men and hold their own, because you can almost believe these characters are real people despite their very fictional drama, that’s part of why the show is successful.”

Of course, Rafferty is quick to point out she only wishes she was half as witty in real life as Donna. “I don’t have a writing staff following me around, so that doesn’t help” she jokes. “But I think one thing we do have in common is our softer side. She cares about people. And I may not have the wit or the unapologetic self-confidence she has, but that’s the thread that connects us.”

As for Donna’s relationship with Harvey, one fans tend to watch closely, Rafferty says from her own “fan perspective,” she appreciates the slow-burning pace of whatever may or may not evolve between them. “But I think it’s great that they’re not sleeping together. I love that they need each other. He’s said, ‘I can’t be me without you.’ So that’s been established. But then in season four, there are things she’s willing to give up in order to maintain that partnership with Harvey. I think it’s good how it is. I don’t think they should hop into bed anytime soon, but I don’t think that’s impossible for the future.” ‹‹