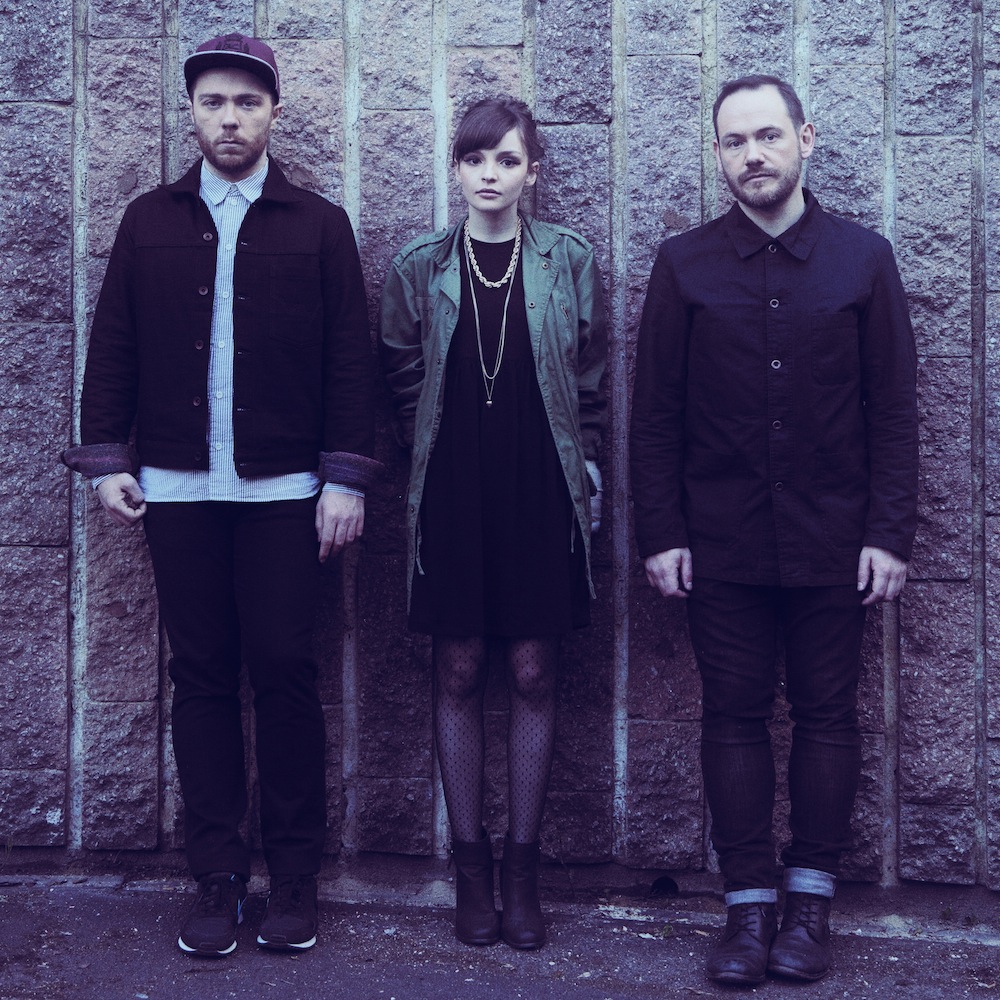 One of the biggest breakout acts of the past year, CHVRCHES—comprised of vocalist Lauren Mayberry and multi-instrumentalists Iain Cook and Martin “Dok” Doherty—has been touring nonstop since the release of their debut album, The Bones of What You Believe, last fall.

I had the pleasure of hanging out with them in their dressing room before one of their show’s in early June. We discussed the album’s upcoming one-year anniversary, Coachella, sexism in music, their next album and the idea of one day playing a stadium tour.

Variance: This time a year ago, there were a lot of critics saying the hype was too big for you guys to live up to it on your debut album. Here we are 12 months later and you’ve been on the road nonstop. Does it feel like you’re proving them wrong?

Martin Doherty: Not necessarily, because we didn’t pay attention to what they said in that respect. It’s unhealthy, to focus on all the hype. I think that’s a nasty word sometimes. We just tried to do the best we could and we made the record. It was for the listeners to decide how far we had come or how far we are going. It’s nice to read compliments, but that stuff gets in your head.

Variance: What has been the highlight for you as a band this past year?

Doherty: Probably Coachella for me.

Lauren Mayberry: Yeah. I think we’ve been lucky to play as many shows in all kinds of places and it’s been really cool to play with so many bands on festivals that we admire anyway. And also the support slots we did for Depeche Mode, which was a pretty big deal for us because we’re big fans of them.

Variance: Nowadays, especially here in the States, we’ve got multiple major festivals in every region. What is it about certain festivals, like a Coachella, that makes it stand out for you?

Mayberry: I guess with Coachella, it’s something everybody has heard of. Even though we come from very far away, everyone has heard about Coachella and Lollapalooza and South by Southwest. So to play at these is kind of insane. To play with bands you’d want to go watch yourself is very cool.

Cook: And it’s also that the turnout, the crowd at Coachella also blew us away. That was a very important moment for us.

Variance: I know if I were halfway across the world right now for as long as you’ve been, I’d be anxious to sleep in my own bed again. Is there anything you miss?

Doherty: The lifeblood of every Scot.

Mayberry: We’ve toured enough now that we know what to bring, like if there’s something we want to eat or watch or a game console. I probably miss not having a schedule.

Variance: When do you go back?

Mayberry: I think Austin City Limits [in October] is pretty much our last date in the U.S. before we go home for a while.

Cook: This will be our seventh trip here, including SXSW. But it’s the biggest country, so there’s a lot of terrain to cover.

Mayberry: It’s good because we get to go out and do the work while people have been wanting to see us. By November, we’ll be ready to sit down and start writing some more.

Variance: Obviously, touring has been very important for you. But what about radio? I hear you on Alt Nation [SiriusXM alt-rock radio channel] and I know alternative stations love you, but I’ve always thought you guys could do well here beyond alt radio.

Cook: Radio is such a massively important thing to us, as are the blogs and the Internet. Especially in America, radio is crucial to bringing a band to a wider audience. Like you said, the support from alternative radio stations with [“The Mother We Share”]. It still plays an important role in the music industry.

Variance: Your Glassnote labelmate Childish Gambino has talked about a lack of radio support from the label. I’m assuming your experience has been much different?

Mayberry: I don’t think we know enough about his situation. But that’s the nature of the music industry, you know.

Doherty: We’ve always had a good relationship with this label. And they’ve gone above and beyond to support us.

Cook: They work so hard for us.

Mayberry: They’re an indie label, so we also know what to expect from them.

Variance: Speaking of indie, Lauren, I’m not sure if you followed this but Neko Case recently took issue with “Women in Music” features in the press. Does the media’s focus on women in that way help or set them back? 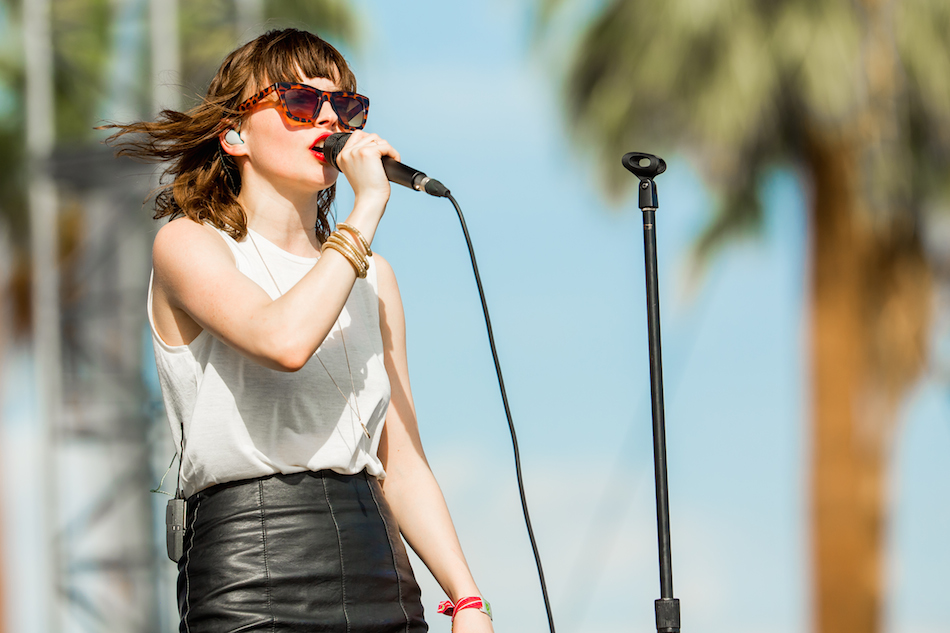 Mayberry: From my point of view, it depends on how you focus on it. It’s not helpful when we do interviews and people ask us, “What’s it like being in a band with two boys” and then direct all the serious questions at Iain and Dok. I think only focusing on that is a mistake also because like when you read about HAIM, there’s almost never an article that doesn’t reference the fact that they’re women. Having seen them live and played festivals with them, they’re a great live band. So it seems a shame that that’s focused on, but I believe it can also be focused on in a positive way, trying to bring more diversity to the music industry. Because it can be kind of a sexist place, but certainly in magazines and media coverage.

Variance: You’ve mentioned the effect blogs have had on your career in a positive way. But in the blog culture we live in, everything goes so fast. A year since the album can seem like forever. How do you keep up with everything?

Mayberry: It depends on how your approach is to music and how you consume it, for want of a better word. I think some people are really great at keeping on top of new music blogs and the latest thing, but there are a lot of people who stick with artists from record to record.

The Internet has been good about opening up the industry and making it more accessible for people. And I think if you can find new music more easily, that’s always a positive thing. But I guess it’s up to you as a listener to decide.

Variance: You talked about getting back to making music this fall. Have you considered, unlike the first album, perhaps including collaborations?

Cook: Not really. (Smiles) We’re really careful with that sort of thing. There were plenty of offers for collaborations in the beginning, usually from EDM guys that wanted Lauren to sing on their songs. But it’s more important for us to establish ourselves before getting all mixed up in that. Otherwise, you see it all the time where the collaboration blows the band away and it becomes always known as “featuring.” That’s not to say we won’t do it. We have one already, but we’re saving it for the right time.

Doherty: In terms of the second album, though, it will just be 100 percent us again.

Variance: So you’ve already thought about the next one?

Cook: We’ve already started sketching ideas, but the bulk of the stuff happens when we’re actually all in the studio together, which can’t really happen when we’re touring. We’ll be back in the studio as soon as this tour is over.

Variance: Is that about as far out as you’ve planned?

Mayberry: (Laughs) I think so. And then after that, we can’t really say because we don’t know how long the record will take. We’ll figure it out as we go.

Variance: I know you still have so much ahead of you, but do you have any goals in mind, like…

Mayberry: The work is the goal, I suppose. And if you set your sights on something that’s further ahead than that, then it’s probably a mistake.