Interview: How to Dress Well on Pushing Back Against Genres, Finding Pop Success 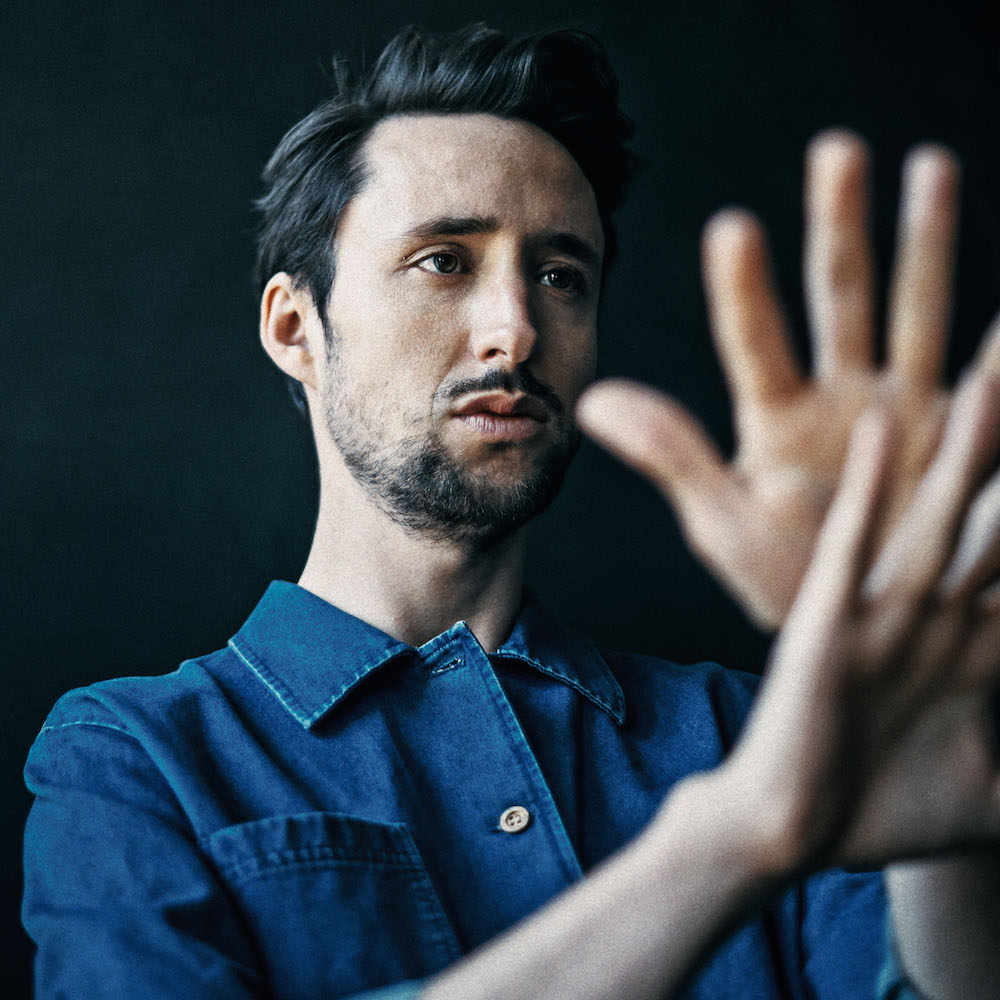 There’s something different about Tom Krell’s latest album. The man who’s spent the past few years pretty much carving out this alt-R&B space in music under the pseudonym of How to Dress Well is now pushing back against that crowded niche with his latest LP.

“What Is This Heart?” is, like his previous material, overflowing with raw emotion. At this point, it’s clear Krell has no difficulty pouring himself into his work. But this time around, the pain, the struggle, the urgency—it’s emphasized by a heightened sense of confidence.

“When I first started making music, I was more concerned with creating these perfect sound sculptures,” Krell says, speaking with me a month before the arrival of his newly released album. “I think my music has always been really emotional, but I toured like a lunatic for two years after the second record. And I think playing that many shows to these people screaming after every song, there’s nothing better for your confidence, finding out you have a thousand screaming fans in Southeast Asia. It made me realize I was touching people.”

Looking back, Krell says he was still figuring out what he was doing in his first two records. But despite some incredible coverage from the press, it wasn’t until he set his sights beyond all the praise that he actually found his footing.

“Those are beautiful things when someone in the press writes a good review and describes how [my music] moved them,” he explains. “But it’s different when you’re face-to-face with a real person—a fan—who’s telling you, ‘Keep going, keep going.’ That challenged me to turn everything up a notch.”

In pouring so much of himself into these new tracks, Krell has created what he considers to be his most personal work yet. And even the album title, “What Is This Heart?”, is a reflection of that.

“Across the record, there’s a lot of quotation, a lot of things I overheard people say and things I didn’t say to people that I wish I had,” he confesses, describing the importance of one’s words as well as taking ownership of them. “The kind of creatures we are, we care about the kind of things that are attributed to us. There’s this question about the right way to live and the right way to be, but I like the idea of attributing that to me. I’m putting my name on these thoughts, these questions.”

The question marks surrounding the album were not all simply in Krell’s own mind though. Because of all the touring and other obligations, he found himself constantly being interrupted between and during songwriting, something that hadn’t been much of an issue in the past.

Although it was frustrating at times, the 29-year-old crooner says being interrupted by “life on tour” actually gave him perspective and propelled his creative process forward rather than holding him back.

Referring to the experience as a test of patience, Krell says he learned to “[let] songs go in an unexpected way.”

As for his own direction as an artist, his third album has arrived at an interesting time, with the “indie R&B” scene he’s frequently associated with growing increasingly popular if not bloated.

"I never feel comfortable when people say, 'Oh you sound like this guy.' It’s always a mental note, 'OK, don’t sound like that anymore.'"

There’s no denying dudes with an extraordinary falsetto backdropped with a lot of textures is in right now, and there are some really talented artists making great music. But according to Krell, he “started [How to Dress Well] to push against what I perceived to be stagnant trends.”

At the mention of names such as James Blake or The Weeknd, two acts he’s previously been lumped in with, he pauses before continuing: “I’ve never felt comfortable resting on something. I never feel comfortable when people say, ‘Oh you sound like this guy.’ It’s always a mental note, ‘OK, don’t sound like that anymore.’”

Instead of growing frustrated with the “scene,” Krell is focused on the long-term. While some of his so-called peers are wrapped up in textures and sonic waves, he’s aiming “to make a record that matters,” pointing to Kanye West’s attention to detail on Yeezus, which is still considered a musical watermark even a year after its release.

“I made a record last time [2012’s Total Loss] that had all kinds of music on it—folk, house, R&B” he recounts. “And then everybody decided that even if you’re a rock band, you’ve got to figure out how to get R&B into your press bio. And frankly I don’t give a shit about the trends. At the end of the day, it goes like this: Pavement [‘90s indie-rock band] came out and then a thousand others whose names we don’t remember tried to sound like Pavement. The Rapture came out and everybody was doing dance-punk. So now you have these rock guys with one song they sing in a high voice, so they’re R&B. ‘Nah, bro. It doesn’t quite work like that.’” 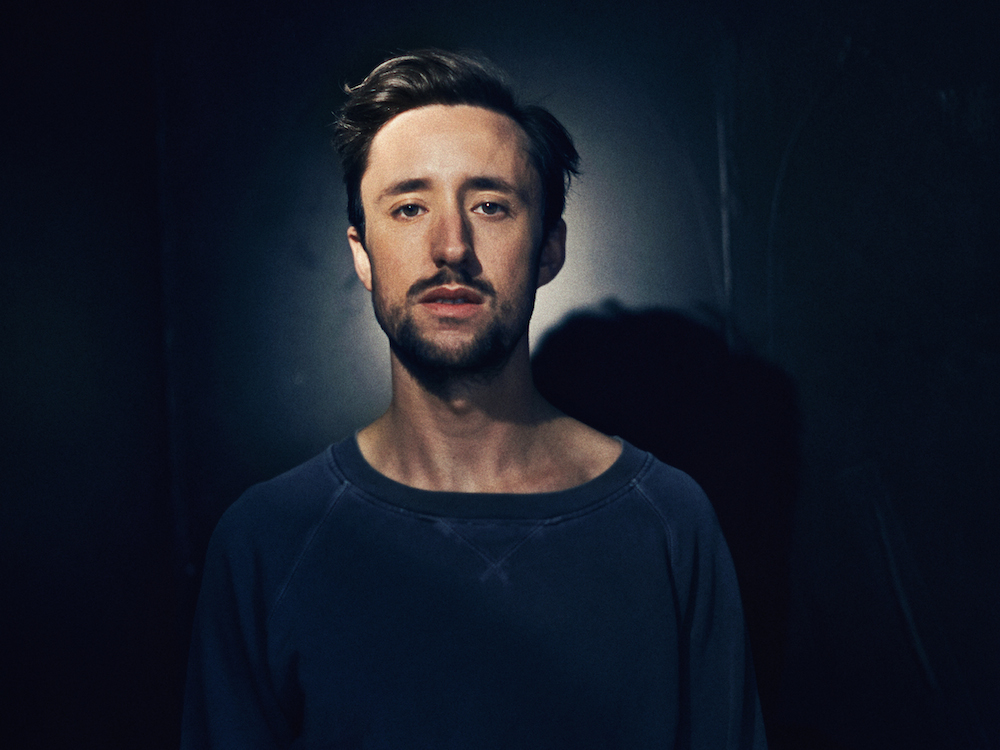 While Krell is admittedly weary of trends and genre-pigeonholing, that doesn’t mean he’s anti-mainstream. After all, pop is still his playground and he’s gone out of his way to champion what he considers good pop music. One such example is Nicki Minaj, who’s been gearing up for her forthcoming album while trying to balance her grittier rap roots with the radio-friendly hooks that made her famous.

“I think ‘Super Bass’ is such an amazing song,” he proclaims, referring to Minaj’s 2010 hit single which put her in uncharted territory for a female rapper. “I don’t think she should regret [going pop]. She’s an amazing artist. She does everything with such raw energy and so I’ve just been loving everything she’s put out lately. I think the record’s gonna be a fucking smash.”

As for Krell’s own pop aspirations, he admits he’d love to have a top 40 hit. But he cautions that he “won’t conform just to make it fit a certain standard. I have to follow my own musical intuition.”

In the end, he hopes the stories he tells in this new record resonate with fans. And ultimately, perhaps that’s where he distinguishes himself from the rest.

“If a song or the album touches someone in need, that’s all that matters,” he says. “Or if the emotion and the story impacts people’s lives, then it’s a beautiful success.”

"What Is This Heart?" is out now via Domino. For tour dates, click here.