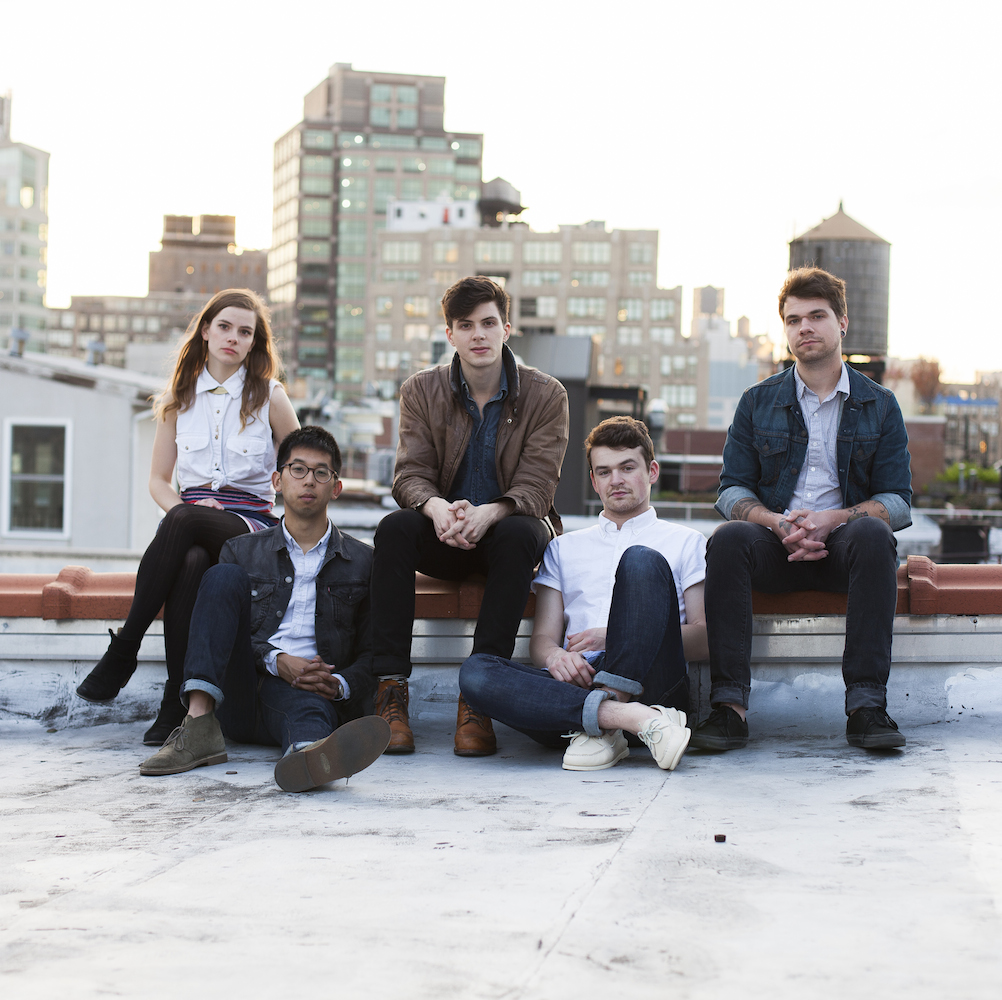 With their newly released album, Before the Waves, finally out for the world to hear, Boston five-piece Magic Man has plenty to be excited about.

Originally formed by frontman Alex Caplow and his longtime friend Sam Lee, the group which now includes Gabe Goodman, Justine Bowe and Joey Sulkowski has been riding high on standout singles such as “Paris” and “Waves,” both hook-heavy pop-rock anthems.

Having toured with the likes of MS MR, St. Lucia, Ra Ra Riot and now Panic! at the Disco, they’ve spent the better part of this year touring around the country and spending a lot of time away from Massachusetts. And while it’s becoming evident they may soon find themselves Los Angeles or New York-bound, “Boston still feels like home,” according to Caplow.

“At least for now,” adds Lee, both speaking with Variance following their performance at Boston Calling Music Festival, alongside a roster of Death Cab for Cutie, The Decemberists, Tegan and Sara, Jenny Lewis and more.

“To play on that stage [at Boston Calling] and with that lineup in our hometown, it meant so much to us,” says Caplow. “That’s one of the reasons we know it’s still home. We would have played there for five people, just to have our name on the same poster as those guys.”

Fortunately for the band, their fanbase has grown beyond just a few people, especially since their 2010 independent project, Real Life Color, an admittedly “lo-fi and much less mature” offering.

Caplow says one of the biggest differences between then and now is “the resources. We had a laptop, a built-in mic, stuff like that. Sonically, the things we’re doing now just weren’t possible before we signed [with Columbia Records]. To have a professional mixer, using nice equipment, these are maybe small things that some other bands don’t think about, but it means the world to us.”

The result of those resources has been a very polished sound highlighted by layers of synths, something that attracted the attention of hit-making producer Dr. Luke, who signed the band to a publishing deal. And although their new connections perhaps haven’t influenced the kind of music they make, Lee admits it’s inspired them to become better at what they do.

“Obviously, Dr. Luke isn’t telling us what kind of songs to make,” says Lee. “But at the same time, having some of the attention has motivated us to improve our sound and especially our live shows. Compared to when we were doing some of these basement shows, we’ve been able to learn a few things that work and also some that don’t. Working the crowds and interacting, that’s been a huge focus for us. But we’ve tried to stay true to our roots.”

Despite their busy tour schedule and major label debut, the band says they’ve still got their eyes on a few goals, albeit some simple ones.

“The most rewarding thing is when someone comes up to you and says your music motivated them or encouraged them,” Caplow explains. “Whether it inspires them to make their own music or it just gets them through a hard time, I hope we can continue to do that. To soundtrack people’s lives.”

Adds Lee: “My dream would be that this album marks a certain period of someone’s life, that they look back at it one day and can recall all these great memories.”

Magic Man’s album, Before the Waves, is out now. They are currently on tour with Panic! at the Disco and Walk the Moon. Catch them Tuesday, Aug. 12, on Late Night with Seth Meyers.