From the Archives: Jake Johnson on 'New Girl,' Fame & Marriage 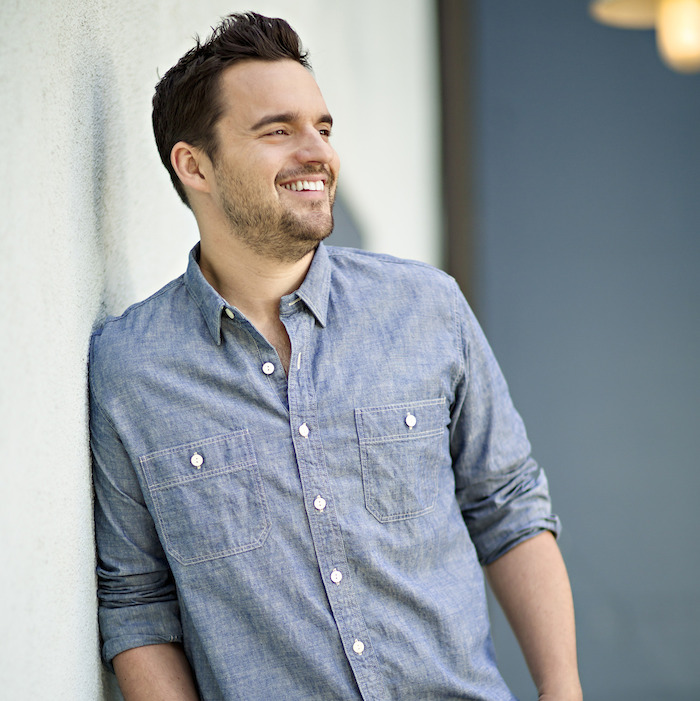 As Jake Johnson co-headlines his first feature film this week with the release of Let's Be Cops, we thought it would be appropriate to "flashback" to 2012, when the actor gave Variance one of his first interviews since landing his career-altering gig on New Girl.

During the conversation—which actually took place hours before Johnson went on vacation—he talked about what drew him to the Fox series, his thoughts on fame and the importance of his marriage.

The feature first appeared in its original format in our Winter 2012 issue starring fun. For the full version, click here.

Last January, Jake Johnson played Ashton Kutcher’s best friend in the comedy film No Strings Attached. Now, Johnson is starring in one of the most popular new TV shows of the season, New Girl on Fox.

With a stellar cast led by Zooey Deschanel and a top-notch crew headed by creator Liz Meriwether (who also wrote No Strings Attached), not only has the show enjoyed a tremendous amount of buzz, but it has helped Fox become the number one network for only the second time in 10 years. For an actor like Johnson, that’s a pretty big deal.

“It’s nice to have a steady job,” says Johnson. “I’ve been a grind work actor for such a long time. When I moved out to L.A., I was working all kinds of day jobs for the first two years. Then I started doing the commercial gigs. It’s a never-ending hustle for your next job. This is the first time where I’ve actually had a job—and one where I like going to work with people who are truly fun to work with.”

One of the people he gets to work with is actually one of the main reasons he took the job in the first place.

“Liz Meriwether is a clear talent,” he explains. “I think a lot of times on TV you don’t have a singular voice who truly cares about every single episode. And that’s always been something less interesting to me about TV. It just feels like a formula they’re putting together. With most films you have someone—the writer, the director, someone—who really cares about the project. So what I like about New Girl is that we have that in Meriwether. That’s not to say we all don’t care about the project but she’s in sweatpants everyday because she slept in her office rewriting over and over. That’s huge.”

Of course, he gets to work with a lot of other great people as well—namely his co-star Zooey Deschanel.

“Zooey is really cool,” says Johnson. “But more importantly she really cares about acting and trying to be good at what she does. We all actually rehearse our lines together. If our character is supposed to say a certain thing or feel a certain way, we talk about it. A lot of people don’t do that stuff, so it’s great to have someone like that as a scene partner.”

Since the first episode, fans have wondered about the connection between Nick and Jess—played by Johnson and Deschanel, respectively. So what does Johnson think?

“There were definitely signs in the beginning,” he recalls. “But I’m not sure anymore. And I’m not just saying that. I thought there was something between the two characters but I think [Meriwether] likes that she can play these two characters together and then keep them apart. Nick actually has a girlfriend for several episodes coming up and the dynamic between Nick and Jess is definitely put on hold. I don’t know that they want this to be a relationship show. But I’m hoping it goes the route of Rachel and Ross [from Friends] and the story keeps going for a long time.”

Looking ahead, Johnson reveals a few things fans can look forward to when the show returns this month from hiatus.

“A new landlord comes in,” he says. “And things get weird between the landlord, Nick, and Jess. That was a really fun episode to shoot. There’s also an episode called ‘Injured,’ where there’s a cancer scare. So you kind of see how this group reacts when one of them could legitimately be sick. It’s kind of a serious episode but I also think it’s also really funny.”

While Johnson enjoys the success from the show, he admits it’s not everything for him.

“I love to act,” he affirms. “But I didn’t get into the business to be a huge celebrity. Of course, I’ll be out to eat with friends and a woman might come up to the table and have nice things to say. It’s cool. But I didn’t get into acting for that. And I’m married. I know that’s tricky in Hollywood but I’m not going to give up my wife so I can have more of what someone perceives as success. I love two things: my wife and my job. And although I love my job, I’m a happier person because I have my wife.”

'New Girl' Will Jump Ahead Three Years in Final Season