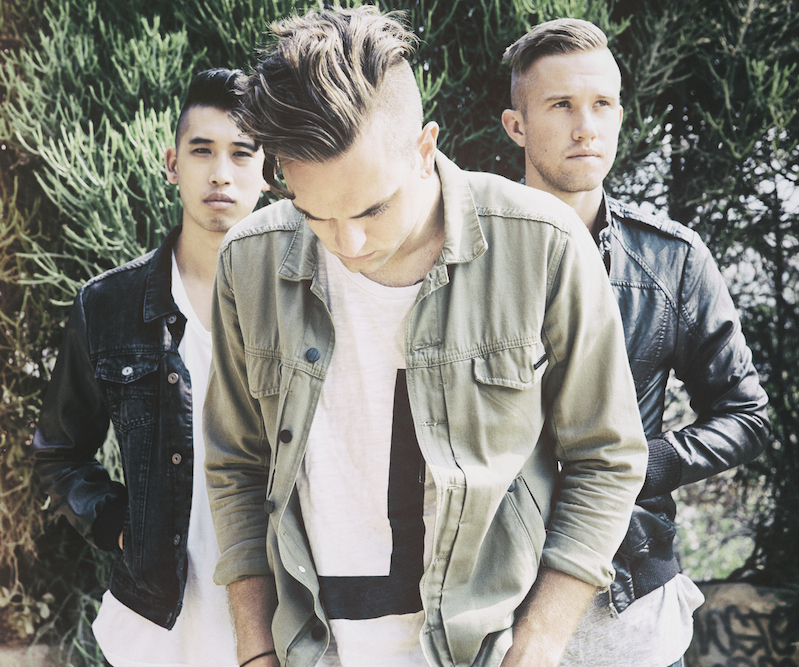 Chances are you’ve already come across Sir Sly’s hit single “Gold” over the past year. The California indie-pop trio just released their first full-length album, You Haunt Me, and Variance caught up with frontman Landon Jacobs to get some insight on the band’s swift rise.

Consisting of Jacobs on lead vocals, Hayden Coplen on drums and keyboardist Jason Suwito, the trio saw quite a bit of initial hype following last year’s Gold EP. It was led by the attention-grabbing title track, which ultimately landed on the Billboard Alternative Songs chart as well as the Rock Airplay chart.

With that early success sometimes comes high expectations. “I’ve just always wanted to write the best music possible,” says Jacobs, dismissing any pressure leading up to the band’s album. “And I think as long as we stay creative, people will love it. And if they don’t—I think when bands release music that people don’t like, it’s typically because the band didn’t spend enough time on it or they didn’t believe in it themselves. I think for most bands or artists, their best albums according to fans are usually the ones they think are the best themselves.”

He continues: “As long as we keep pushing ourselves, I’m not too worried about how it’s going to be received. I’m sure the label worries about it. I’m sure they want to sell more, no matter what it sells. But for us, it’s also about earning people’s respect as musicians. We want to make something special for people … Some of that may be reflected in sales or being on a top 50 list, but it’s good to go out and play shows and meet fans who connect with the music. That means the world to us more than worrying about what’s going to happen next.”

One unique aspect of the album is that the band did mostly everything themselves, from writing, mixing, mastering and the production.

Ahead of the LP’s release, there had been some speculation from critics as to what to expect from You Haunt Me. With such varying comparisons to the likes of Maroon 5, The Neighbourhood, Coldplay and even hip-hop influence, Jacobs admits some of the initial descriptors weren’t very accurate. But he isn’t holding it against anyone.

“It’s hard when you only have like five songs out,” he acknowledges. “People want to compare you to someone. But that’s the point of an album, to set yourself apart as your own band with your own sound. You present your own, unique perspective. You don’t write to try to prove something or change people’s minds though.”

In the end, the singer feels the album “gives people an idea of who we are and the type of music we plan to make hopefully for a long time to come.”

As far as the hip-hop influences he’s alluded to in the past, Jacobs says they are more subtle on the record: “I love hip-hop, but it’s just not my go-to. It’s one of several genres I love, but it’s not in the sweet spot of the type of music I can create. I respect it as a fan more than I would actually try to create it myself,” he says.

The band has already had a busy year, touring with The 1975 and St. Lucia, playing SXSW and countless other shows. And while the three were already great friends before gaining recognition, Jacobs says the past year has only strengthened their friendship.

“We get along well and we work together really well,” he explains. “There’s a good workflow and everyone is respectful of each other. I think that’s important, respecting each other. It hasn’t been strenuous really. I think, if anything, I’ve just become better friends with them over time. And I think they’d say the same as well.”

The band spent August through September touring the new album, with a Los Angeles show set for Oct. 31 and addition shows to come. And as You Haunt Me continues finding new fans, Jacobs hopes some of his past struggles resonate with those who listen.

“[These] songs aren’t really for people to have a good time but songs that tell important stories,” he explains of the material on the album, which he says is truly personal. “They convey things that I needed to get out. It’s kind of like journaling for me. Since I was 14, it’s the way I process everything. So I hope people find common threads, and maybe my stories might sound like their own.”

Recalling two very difficult years spent writing the record, Jacobs believes “it’s helpful for others to hear that even when you feel trapped, someone else has been in a similar position. And maybe it makes you feel not as alone. That’s what music did for me growing up. It made me feel like I could still be creative and still do big things even if I felt a certain way at the time. And maybe this is my way of giving back for all the music and inspiration that’s been poured into my life.”