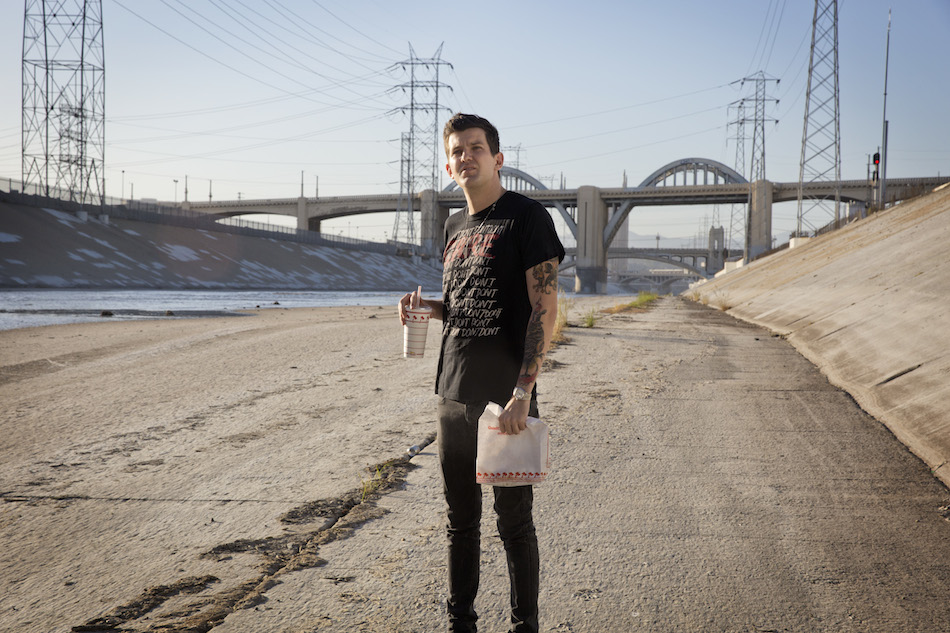 After years of working with electronic music titans such as Diplo and Skrillex, Dillon Francis has finally released his proper debut record, Money Sucks, Friends Rule.

The Los Angeles native had previously hoped to release the album earlier this year but “that’s not how things work out sometimes,” he says with a buoyant laugh, speaking with Variance ahead of the album’s release. “There was a lot of stuff though. I thought it was gonna be out sooner rather than later, but there were sample clearances and all this other crazy shit I didn’t even know existed because I’m just a kid behind a computer, making my music.”

At 27 years old, Francis has worked his way into EDM’s upper tier through a series of collaborations, a massive collection of remixes and straight-up hard work, having been largely considered one of the pioneers of the Moombahton movement (a blend of house and Reggaeton music).

He’s certainly made plenty of friends along the way, perhaps most notably Diplo, whose Mad Decent label is releasing the album in partnership with Columbia Records. And as he enters what is arguably the most important phase of his career so far, even his album title is a not-so-subtle reminder to himself.

“I wanted it to be a shirt at first but my manager was like, ‘We need a name for the album.’ And he suggested that be the album title instead,” the producer recalls. “And I thought it was perfect. Money Sucks, Friends Rule. That’s how I legitimately feel. I think money—even though everyone needs it and it’s cool and everything—but friends are way better. I’d rather have a wealth of friends than a wealth of money.”

That said, a wealth of money could certainly be in Francis’ future as he may very well be one of electronic music’s next superstars. But he’s quick to point out he’s not there yet. “It’s hard enough for me to plan for tomorrow,” he quips. “Let me get shit figured out for next month before I start thinking about next year.”

While he definitely has his share of producer and musician friends, Francis has also developed a very devoted fan base. And his enviable relationship with those supporters has played a significant role in getting him to this point. 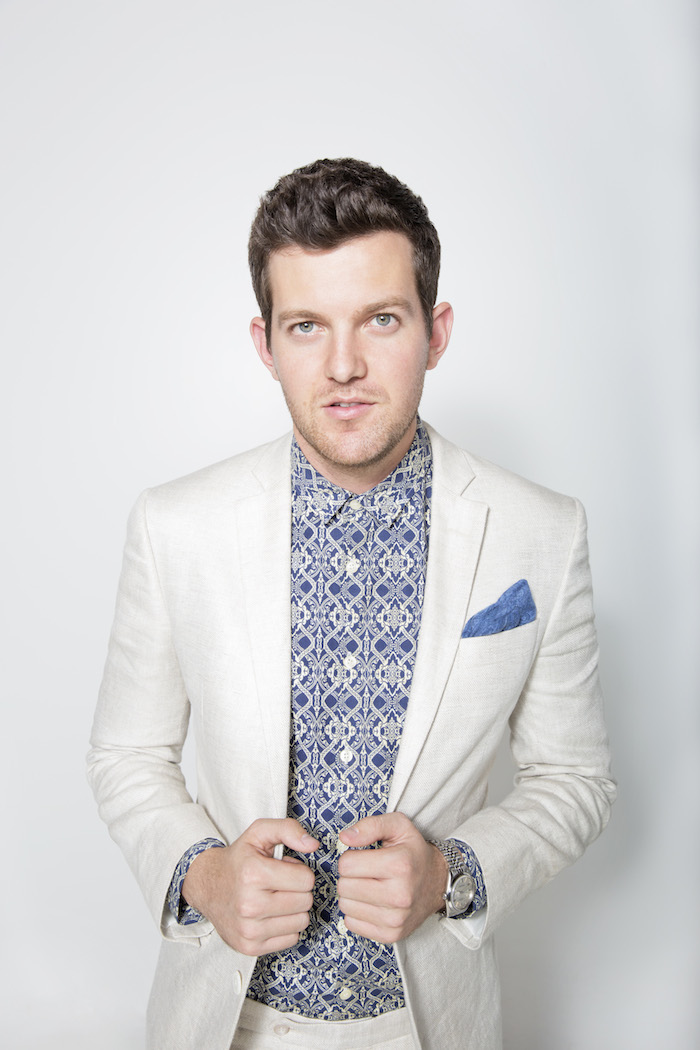 Incidentally, it’s not just his music that resonates with fans. For proof of that, one only needs to take a look at his Instagram account, where the producer has created numerous—and often outrageous—characters, hilarious videos and a “Cats in Hats” series, showcasing a side of himself others don’t get to see on the Electric Daisy or Coachella stages.

“The videos really aren’t for anyone else besides me,” he confesses with a mischievous snicker. “That’s why I truly don’t care how crazy I look when I post a video. People either enjoy it or they think I’m not funny. But I really just love making stupid videos and not taking myself seriously.”

"I would remake Laguna Beach episodes with me and my friends. We would pretend to be each character from the show. It was terrible and frightening and really amazing.”

Although some might assume the eccentric clips and images are simply a musician’s successful effort in branding—and they’d be right in a sense—Francis has been doing this stuff since he was in high school, long before everyone carried the Internet in their pocket and #igers was a thing.

“It was just a big, stupid hobby of mine in high school,” he recalls. “I took this class called New Genres in our visual arts program. And in that class, you could kind of do whatever you wanted. You could do funny videos as long as they were artistic. So I would remake Laguna Beach episodes with me and my friends. We would pretend to be each character from the show. It was terrible and frightening and really amazing.”

Francis clearly had a peculiar childhood, having grown up very sheltered and with limited access to non-educational television. He eventually discovered rock outfits like Metallica and Anti-Flag, which he played in secret because he was only allowed to listen to gentler pop music.

“It’s true. My friends and I would hump pillows listening to Spice Girls,” he says, barely getting the words out before laughing. “I had an interesting life as a kid.”

Because of his childhood, however, Francis has an appreciation for so many types of music. And it shows in the collaborations on his album: The Chain Gang of 1974, DJ Snake, Martin Garrix, Brendon Urie of Panic! at the Disco and Diplo’s Major Lazer, among others. But according to Francis, these are simply the survivors.

"You have to keep things fun and interesting and not get stuck, or everything gets oversaturated and eventually everyone is like, ‘This sucks, man!’ And they move on to the next thing or, I don’t know, they’ll start listening to rock music again."

“I’ve had plenty of times when I try to collaborate with people and sometimes it just falls flat,” he admits, recalling some that were abandoned midway through. “So it either never gets finished or it just sucks and both of us hate it and then we just never work with said person again,” he says with slight chuckle. “Right as you’re going through the process, you can feel if it’s going to work out or not. And that’s how it was pretty much with every person on the album. There wasn’t a struggle. And if [songs] weren’t easy to make, they were easy to keep pushing forward.”

And pushing forward is exactly what Francis is trying to do with this record, which he acknowledges might not be embraced by some of his longtime fans. “Some kids are going to be really pissed off about it because there might not be enough Moombahton on it,” he admits. “But you have to keep things fun and interesting and not get stuck, or everything gets oversaturated and eventually everyone is like, ‘This sucks, man!’ And they move on to the next thing or, I don’t know, they’ll start listening to rock music again. But that’s gonna happen regardless, because everything goes up and down. It’s just about knowing how to keep moving with everything.”

From the producer’s perspective, Porter Robinson is someone who “completely gets that. He’s making his own mark and doing something that runs counter to everything you expect from ‘EDM.’ His live show is insane and it’s his actual music.”

As EDM as a whole continues to evaluate itself and progress, Francis says it’s easy to get too comfortable because “a lot of us just want to have fun and not think about how to make it better.” In his opinion, none other than his mentor Diplo has “kind of been leading the charge with music that can stay in the underground but can also easily transition to radio hit … I don’t anyone else really who has mastered that, and that’s why I look up to him so much. And Calvin Harris as well. I remember the first time I heard [his 2009 single] ‘I’m Not Alone.’ I was like, ‘Fuck that song.’ But look at what he’s done since then. He’s literally created stars and he’s always been a big trendsetter and in really big songwriting. People don’t give him credit for that. They’re both fucking geniuses.”

Of course, producers don’t get credit for a lot of what they do, including their positive impact on pop music. From remixes to boost radio airplay and sales to features to groom a budding star for the spotlight, “everyone’s looking to the producers and EDM now,” says Francis, who admits he loves the irony. “The same people who have been producing pop music—and many of them were so anti-EDM or whatever—are coming to us like, ‘Hey, man. How do you make a song like this? We need something big.’ And you’re like, ‘Hold on, dude. Let me ask the questions here!’ But it’s great because they love you now. It’s nice how the world works sometimes.”