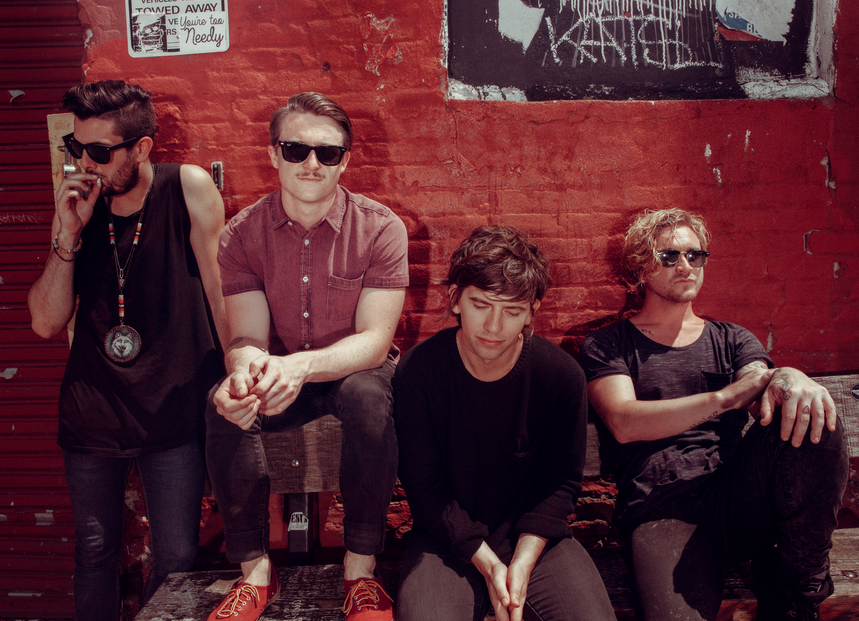 Rising Australian pop-rock outfit The Griswolds have had quite a run this year with their breakout single “Beware the Dog” climbing U.S. charts. But they’re only getting started.

The band will open for The Kooks’ Australian dates in January as well as a newly revealed trek supporting Walk the Moon next spring in the U.S.

“The best part is that we haven’t had a winter in a while,” quips vocalist/guitarist Chris Whitehall, speaking with Variance from Australia. “We were in America during the summer and now we’re back home for spring and summer again, just as it was getting colder in the States. And then we’ll go back to the U.S. in the spring. One long summer!”

Having hit No. 20 over the summer on Billboard’s Alternative Songs chart, “Beware the Dog” has lit up alt radio with its upbeat, summery vibes. But the extensive airplay has two sides, according to Whitehall, who co-wrote the track with the band’s Dan Duque-Perez about a friend who died from drug use.

“We’ve come to terms with it and we’re pretty much at peace with what it means to us,” he says of the song. “But we’re also very upbeat people and I don’t think that we’d know how to write a sad song if we tried.”

Whitehall says the track has definitely made them believers in the power of radio, having “seen first-hand what it can do. [SiriusXM’s] Alt Nation has specifically been great for us. We know of a lot of people who have heard our music on there and then gone to download it or listen on the streaming sites.”

As the music industry continues to debate “streaming sites” (i.e. Spotify), Whitehall has nothing but praise for such platforms.

"‘Beware the Dog’ has had something like 6 million streams on Spotify and if it didn’t exist, I don’t know exactly how many of those millions of people would find us,” he admits. "From my perspective, I’m thankful these 6 million decided to go on Spotify and listen to our music, because they wouldn’t have all downloaded the song off iTunes. So all those streams and all those new fans, that impacts our tour scheduling and so many other things. It’s hard for us to hate it.”

Something else the band definitely doesn’t hate is what Whitehall considers one of the highlights of their year: playing Firefly Music Festival in Delaware.

“We were playing one of the afternoon shows kind of early in the day and we thought maybe there’d be a couple hundred people there to watch us or stumble by,” he recalls. "But by the time we got up on stage and looked out into the crowd, there were thousands of people there. And it was like, ‘Whoa. This is amazing.’ It was such a special feeling for us to experience that in a different country so far away from home.”

The Griswolds' debut album, Be Impressive, is out now. And they'll have plenty of opportunities to acquire new fans next year far away from home when they return to the States with Walk the Moon.

See the new tour dates below.